“Monuments, Museums, archaeological sites, historical sites, and the cultural heritage in general cannot be ceded and are excluded from any manner of transaction,” the ministry said. 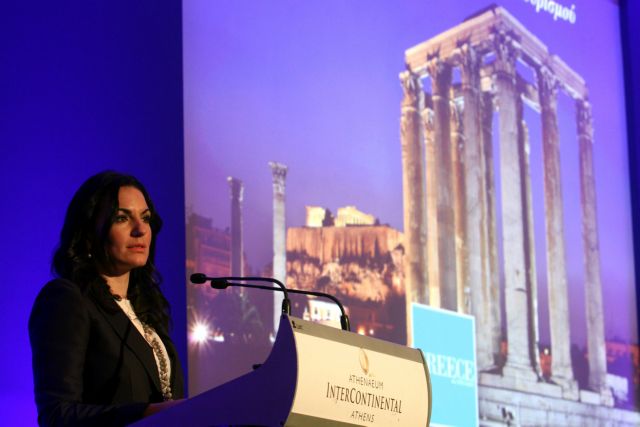 The culture ministry has denied allegations that a long list of archaeological sites and museums has been ceded to the Public Properties Company.

“Monuments, Museums, archaeological sites, historical sites, and the cultural heritage in general cannot be ceded and are excluded from any manner of transaction,” the ministry said.

It stressed that the management of the country’s culture heritage is under the exclusive and non-negotiable authority of the culture ministry.

New Democracy’s shadow culture minister, Olga Kefalogianni, and the Association of Greek Archaeologists had slammed the government after reports of the transfer of the title to archaeological sites to the Public Properties Company (ETAD).

“The Public Properties Company (‘’ETAD’’), is responsible for the management and exploitation in favor of the public interest of a large real estate portfolio that has come under its property from the Greek State. The transfer of ETAD to the Corporation, with the simultaneous transfer to ETAD of the ownership of an important number of properties of the State, which the company in the past managed, redefines and enhances the role of ETAD,” the company’s mission statement reads.

The company was created with the cooperation of the culture ministry, and the list includes many monuments in Greece.

The issue came to light after the publication of a list of archaeological sites in Crete that are said to have been ceded to the company.

“The transfer of title to archaeological sites to the privatisation super-fund, a political monstrosity carried out by the SYRIZA-Independent Greeks government, is a shame for the country,” Kefalogianni said.

“The government and the culture ministry are ignoring their constitutional duty to protect our cultural heritage. They are indifferent to the protection of monuments and archaeological sites. We inform them that the country’s cultural wealth is not for sale,” Kefalogianni said.

The shadow culture minister said that she will table a parliamentary question that will claim that monuments and museums were transferred to the company by the government, either through negligence or purposely, and that the government did not take care to exempt these sites by being placed on the list, as the Greek Constitution States that they cannot be sold or transferred.