The pensions fiasco and Tsipras

With the new data, of which the experts who conducted the fourth and last review of the bailout memorandum are aware, it is quite possible that pensions will be frozen at current levels. 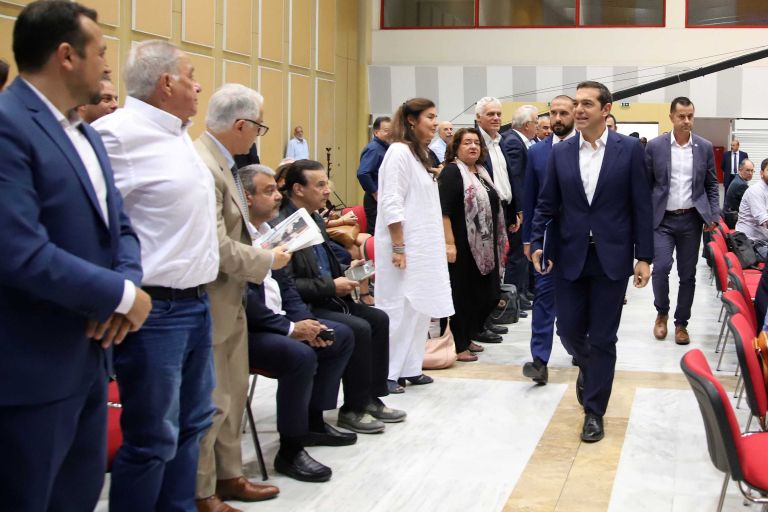 Share
The government is opening the poker game of a protracted pre-electoral period with a deck of marked cards, hiding the truth about the errors that led to the slashing of pensions, over-taxation, and the requirement of huge primary surpluses.

After his speeches in Ithaca regarding the bailout exit and at the Neorio shipyards in Syros, where he announced a hike in the minimum wage, the prime minister is preparing his major address on the economy to be delivered at the annual Thessaloniki International Fair, on 8 September, where he will again focus on the exit from the bailout.

Tsipras will announce a package of handouts, which will be covered by distributing that portion of primary surpluses that exceeds targets – at least 800mn euros – and a series of tax cuts that will derive from the economic space of 1.9 bn euros that is expected in the 2019 budget.
Essentially, the government is redistributing the revenues from over-taxation and from the pension cuts in former labour minister Yorgos Katrougalos’ law, which imposed greater cuts than Greece’s fiscal commitments to creditors mandated.
Brussels proposes six-month delay in pension cuts
Sources say that the postponement of pension cuts for six months or the lowering by fifty percent of the “personal difference” in older pensions – the difference between the basic pension and what retirees are receiving – which is how the cuts are calculated.
These two proposals are the focus of discussions with the European Commission and creditors, ahead of the announcements at the Thessaloniki International Fair.
The government is attempting to keep pensions at the same level (with no cuts in January as the law provides) for at least one year. Otherwise, everyone will believe that pensions will be cut right after the local and European Parliament elections in May, 2019.
The plan for 2019
The State General Accounting Office is drafting the 2019 budget, without as yet having concluded on the expenditures for pensions and social welfare expenditures. The funds from the abolition of the personal difference in pensions and of family benefits must be reduced by 2.4bn euros in January, 2019, in order to achieve a surplus that exceeds targets in 2019.
Tsipras will announce a series of measures that will be paid for from this year’s super-surplus, which according to projections will be 800mn euros (the primary surplus is expected to be over 7.2bn euros, or four percent of GDP) and the fiscal space that will be created in 2019, if all goes according to plan.
Creditors, who are beginning their enhanced surveillance of the Greek economy, are aware of all these plans. The EuroWorking Group is meeting today and tomorrow in Brussels. There, Alternate Finance Minister Yorgos Houliarakis will present the fiscal situation in 2018, and the first data from the draft 2019 budget.
The European Commission team headed by Declan Costello is expected in Athens on 10 September to review the data and to discuss changes in measures planned to counter-balance cuts for 2019 that have already been voted into law, as the insurance system’s deficit is smaller than Katrougalos had projected.
An error presented as success
With the new data, of which the experts who conducted the fourth and last review of the bailout memorandum are aware, it is quite possible that pensions will be frozen at current levels. The cuts deriving from the Katrougalos law would be set aside and reviewed, along with decisions on the pensions of retirees who received their pensions before 13 May, 2016. If fiscal projections are not met, the pension cuts would be implemented in 2020.
Zois Tsolis
Το μεγάλο βήμα για το ελληνικό καλοκαίρι
Ακολουθήστε