Tsakalotos: We are writing new pages after memorandums Odyssey

Tsakalotos attempted to sketch the priorities of the government, in the framework of the informal pre-election period which will last until May, 2009. 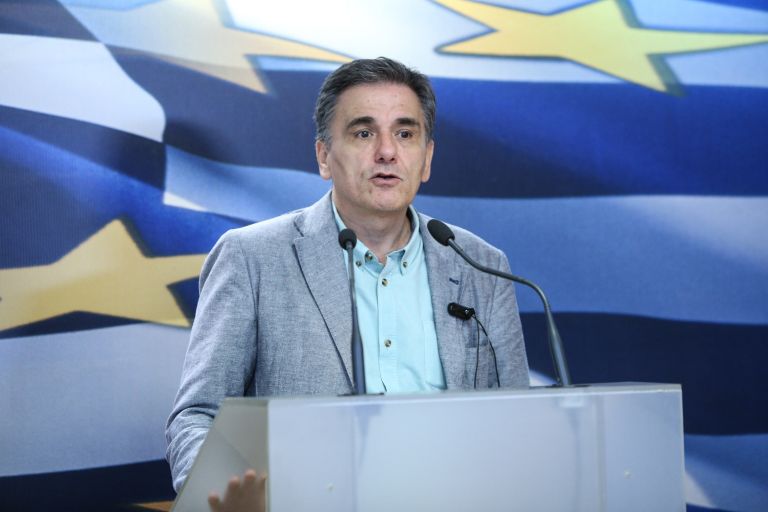 Share
Two days after Greece’s completion of the bailout memorandum, Finance Minister Euclid Tsakalotos broke his silence, with a statement that was more political than economic in nature.
Adopting rhetoric similar to that of the prime minister, he noted that, “Odysseus reached Ithaca but still had to go to battle.” He also spoke of the suitors [of his wife Penelope] that Odysseus “defeated with the help of the men who were loyal to him”.
Tsakalotos attempted to sketch the priorities of the government. In the framework of the informal pre-election period which will last until May, 2009 [when double or triple elections (local, European Parliament and possibly general elections will be held] – he spoke of the need to defend the labour market, wages, pensions, healthcare, and education.
Tsakalotos’ full statement is as follows:

“We are writing new pages after the political Odyssey of the memorandums. It will not be easy, but we shall write them with the support of the people who supported us all these years in the government and the party. W e need to continue with the same dedication and the same values – of defending workers’ wages and pensions, labour relations, and an educational and healthcare system that are worthy of our people,” he said.

“We forget neither the pain nor the hopes of this people. Above all, we know that we shall not manage to meet our targets without society at our side, without the party, and without the participation of the best of us. Odysseus reached Ithaca, but had to do battle. The suitors were lurking. They were defeated with the help of his loyal men,” the statement concluded.