Greece condemns ISIS over destruction of museums and monuments 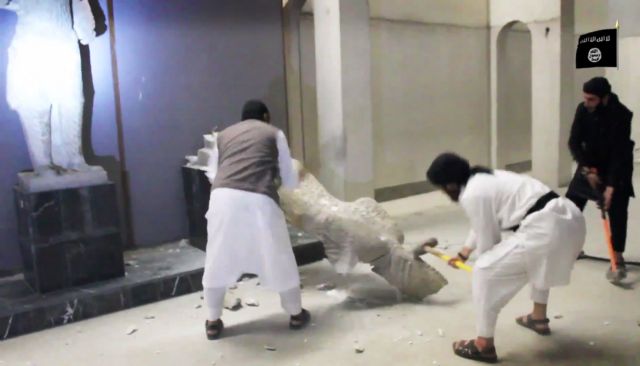 The Greek UN representative Katerina Boura recently condemned the so-called Islamic State for the destruction of cultural artifacts and museums, in an open discussion on the brutalities committed against religious and ethnic minorities in the Middle East.

Mrs. Boura stressed that Greece condemns the human rights violations and brutalities committed against religious and ethnic minorities, as well as the deliberate destruction and looting of monuments, museums, churches and other religious shrines.

The UN representative also pointed out that the extensive clashes in Syria and Iraq and the horrific crimes perpetrated by Islamic State militants and other terrorist groups have caused an unprecedented humanitarian crisis, with a serious impact on local minorities.

Additionally, Mrs. Boura argued that it was necessary to take decisive measures against terrorism and extremist ideologies, in order to protect religious and ethnic groups in the Middle East and prevent their further persecution and oppression.

Mrs. Boura also announced that Greece has taken the initiative to call an international summit in order to debate and provide a complete solution to address the major problems and promote the spirit of peace coexistence between the various religious and ethnic communities in the area.