Greece to receive the New Year dressed in white 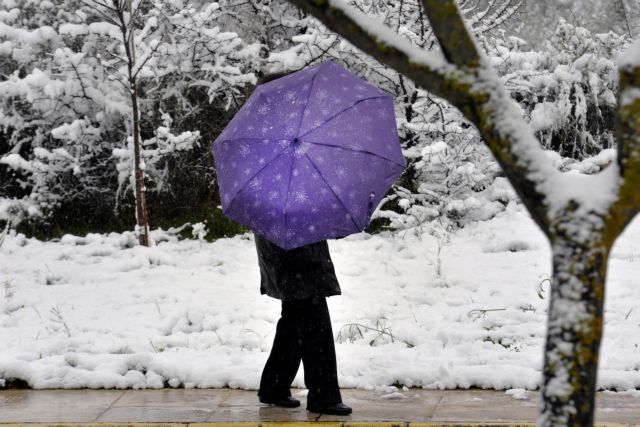 The major drop in temperature over the past few days has increased the chance of Greece welcoming the New Year “dressed in white”, as snowfall – particularly in the northern areas – has increased.

With the temperature in Attica near freezing, there is a strong chance of snowfall in the city center of Athens. The residents of Thessaloniki have already seen major snowfall, while western parts of Macedonia will see temperature drop to 20 below freezing.

The weather conditions in the islands will be marginally better, with temperatures not expected to exceed 13 degrees in Crete and the Cycladic Islands and 17 in the eastern parts of the Aegean and the Dodecanese.

The strong wings in the Aegean, which have range between 40 to 50 knots, have affected maritime transport, with a ban on the sailing of ships announced for the ports of Piraeus, Rafina and Lavrio.

On New Year’s Day the adverse weather conditions are set to continue and will gradually reduce later in the day. Temperatures in the north of Greece will remain rather low, while the sporadic snowfall in the mainland will give way to showers and storms.

The adverse weather conditions have resulted in a power outtage in the suburbs north of Athens. Residents in Drosia and Anixi have been without electricity since the early hours of Wednesday morning, with DEI explaining that the strong winds and falled branches have knocked out power lines. The power company noted that while damages are not serious, they are many.

The District of Attica has published lists of public public areas across Attica where heating is provided. The list of spaces is regularly updated. Additionally, special measures have been taken, with many municipalities having stocked up on salt to tackle any frost problems.