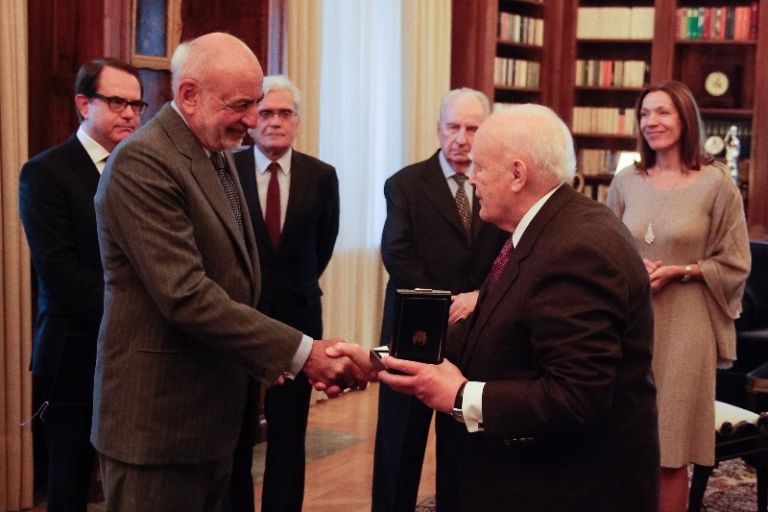 The President of the Republic Karolos Papoulias awarded the medal of Commander of the Order of the Phoenix to ship-owner Grigoris Kallimanopoulos for his charity work.

Specifically, Mr. Kallimanopoulos has focused his charitable work in Kalavryta, supporting an ecclesiastic deacon center and a care unit for dependent elderly persons, among others. He has also contributed towards the reconstruction of the “Nikos Kazantzakis” museum in Crete.

The Order of the Phoenix is was established in 1926 and is bestowed to Greek citizens who have excelled in the arts and literature, science, public administration, sopping, commerce and industry. It has also awarded to foreign nationals who have helped promote Greece internationally.