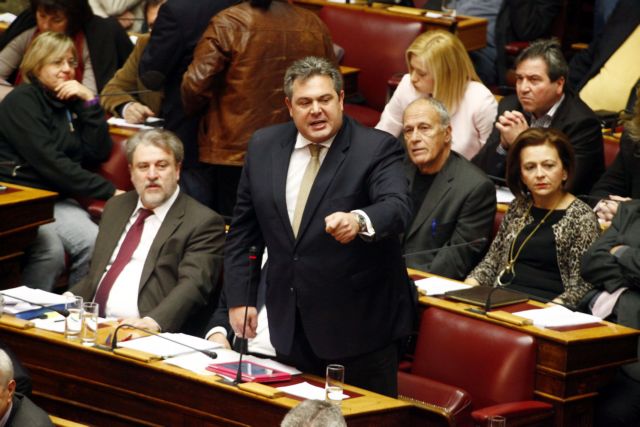 The Parliamentary Group of the Independent Greeks (ANEL) is scheduled to convene on Thursday in order to discuss the party’s lackluster performance in the recent elections.

ANEL came in seventh position in the European elections, receiving 3.56% of the vote and will only have one representative in the new European Parliament.

Party leader Panos Kammenos is rumored to initiate significant changes to his party’s organization and evaluate party members based on their overall efforts in the recent election campaigns.

Rumors suggest that MP Rachel Makri may be “upgraded” to party vice president, although Mr. Kammenos’ close associates deny them and claim that she will instead have a more active role in the convention.