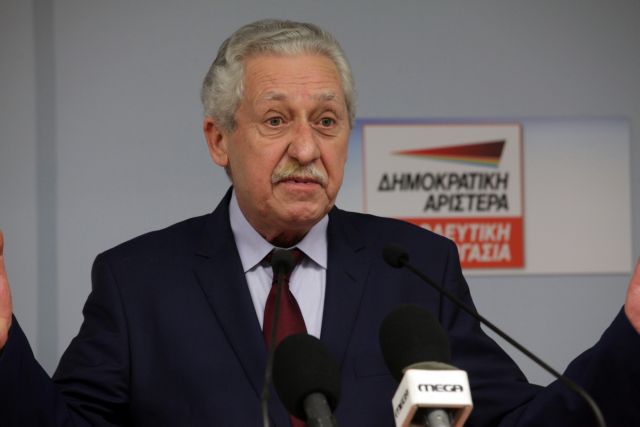 The president of DIMAR Fotis Kouvelis issued a statement on Wednesday afternoon announcing his intention to resign from the helm of his party.

In his statement Mr. Kouvelis explained that he made ever effort to defend his party’s values and collective decisions and that he believes the Left should be in the service of «social solidarity, dignity and the non-negotiable political and partisan honesty”.

Mr. Kouvelis concluded his statement by announcing that he will submit his resignation at the party’s upcoming Central Committee’s conference, in accordance with party procedures and as a result of the poor election results, for which he received fierce criticism by party members.