Minister of Growth informs Prime Minister on the new NSRF 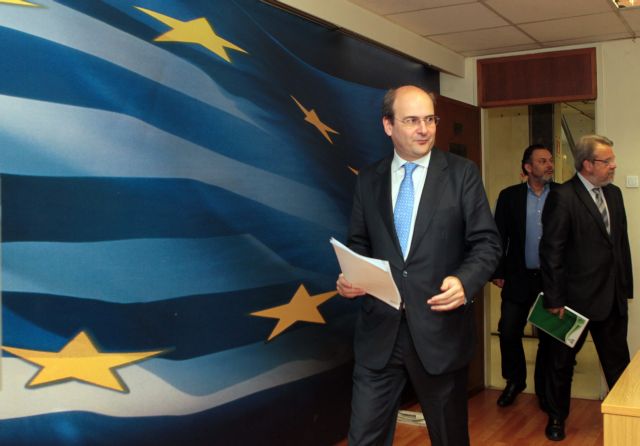 The Minister of Growth Kostis Hatzidakis met with the Prime Minister Antonis Samaras earlier in the day an informed him on the new NSRF that has been approved by the 28 EU member states.

On his way out from the PM’s office, Mr. Hatzidakis stated that the government will focus its efforts on developing entrepreneurship and to tackle the social consequences of the prolonged recession and crisis.

Mr. Hatzidakis also reported that there is an agreement with the European Commission to expedite any actions involving youth employment and training, setting up businesses, combating poverty and the energy upgrade of homes in 2014.

The Growth Minister argued that the new NSRF will be “the catalyst for the growth that we need” and was confident that the coalition government would achieve its goals for 2015.