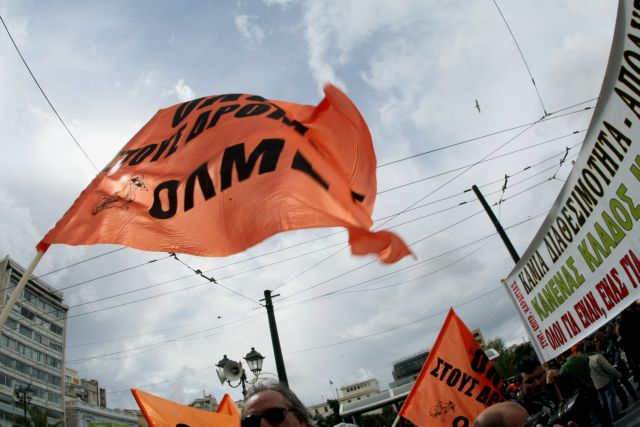 The decision of teacher federation OLME to call a series of walk outs in response to the Ministry of Education’s decision to cut Easter holidays short for 525 schools in order to make up for teach that was lost due to school occupations, has caused greater tension between the two sides.

The school occupations in the fall were related to the suspension and subsequent dismissal of technical education teachers and the curriculum cuts enacted by the Ministry. OLME has argued that the Ministry is hypocritical, since thousands of teaching hours have been lost due to the government’s suspension and dismissal policy.

The Deputy Minister of Education Symeon Kedikoglou claimed that “a handful of students” shut down the schools “whenever they feel like it” and argued that the practice “is deeply undemocratic”. Despite the rhetoric though, Mr. Kedikoglou admitted on Vima 99.5 FM that there were no legal provisions to make up for the time that will be lost in the upcoming elections, when schools will be used as polling stations.

In response to OLME’s announced walk outs, the Deputy Education Minister threatened to launch disciplinary actions against all teachers who do not show up at their schools. On Wednesday morning Mr. Kedikoglou appeared on SKAI to clarify that he meant teachers who had no excuse, rather than teachers participating in the walk out.

OLME has responded by accusing the Ministry and government of directly disputing the constitutionally protected right to strike and union struggle, instead of apologizing for the problems it caused with its suspension policy and to rectify its mistakes.