Papakonstantinou: “Strauss-Kahn did not ask for debt restructuring” 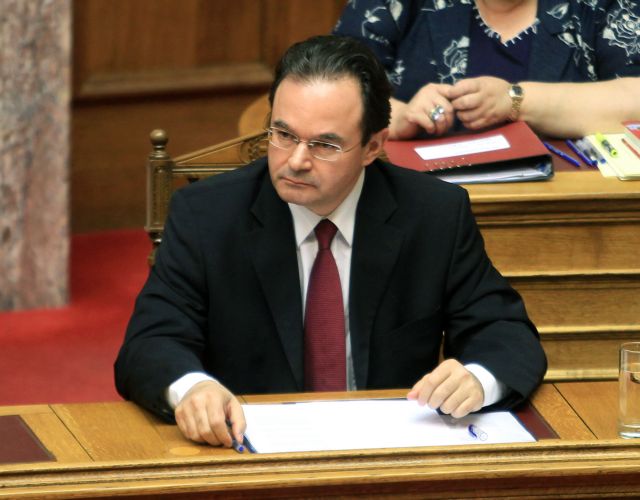 The former Minister of Finances Giorgos Papakonstantinou has denied claims that the former head of the IMF Dominique Strauss-Kahn had recommended a debt settlement to the Greek government even before Greece entered a support program.

Mr. Papakonstantinou, who made the allegations in Ta Nea, argued that Mr. Strauss-Kahn never made such a proposal when the two met in Washington on the 24th of April 2010 – a day after former PM Papandreou announced Greece’s request for help from the IMF.

According to Mr. Papakonstantinou, he met with Jean-Claude Trichet and Olli Rehn at Mr. Strauss-Kahn’s office to discuss the details of the Greek rescue program. The former Finance Minister claimed that “Trichet and Rehn explicitly ruled out any discussion of a debt restructuring. Strauss-Kahn completely agreed”.

It should be noted in his August 2012 deposition Greece’s former representative to the IMF T. Roumeliotis told financial prosecutor Peponis that the IMF had expressed its concern over the viability of Greek debt before approval for the first bailout and loan was granted, at the IMF’s first board meeting regarding Greece that took place on the 9th of May 2010.

Mr. Roumeliotis further claimed that Strauss-Kahn had privately told him on the 13th of May 2010 and again on the 28th of June 2010 that the restructuring of Greece’s debt was a priority and that the Greek government “must also demand it itself”.