Political leaders scheduled to meet at 19:30 this evening 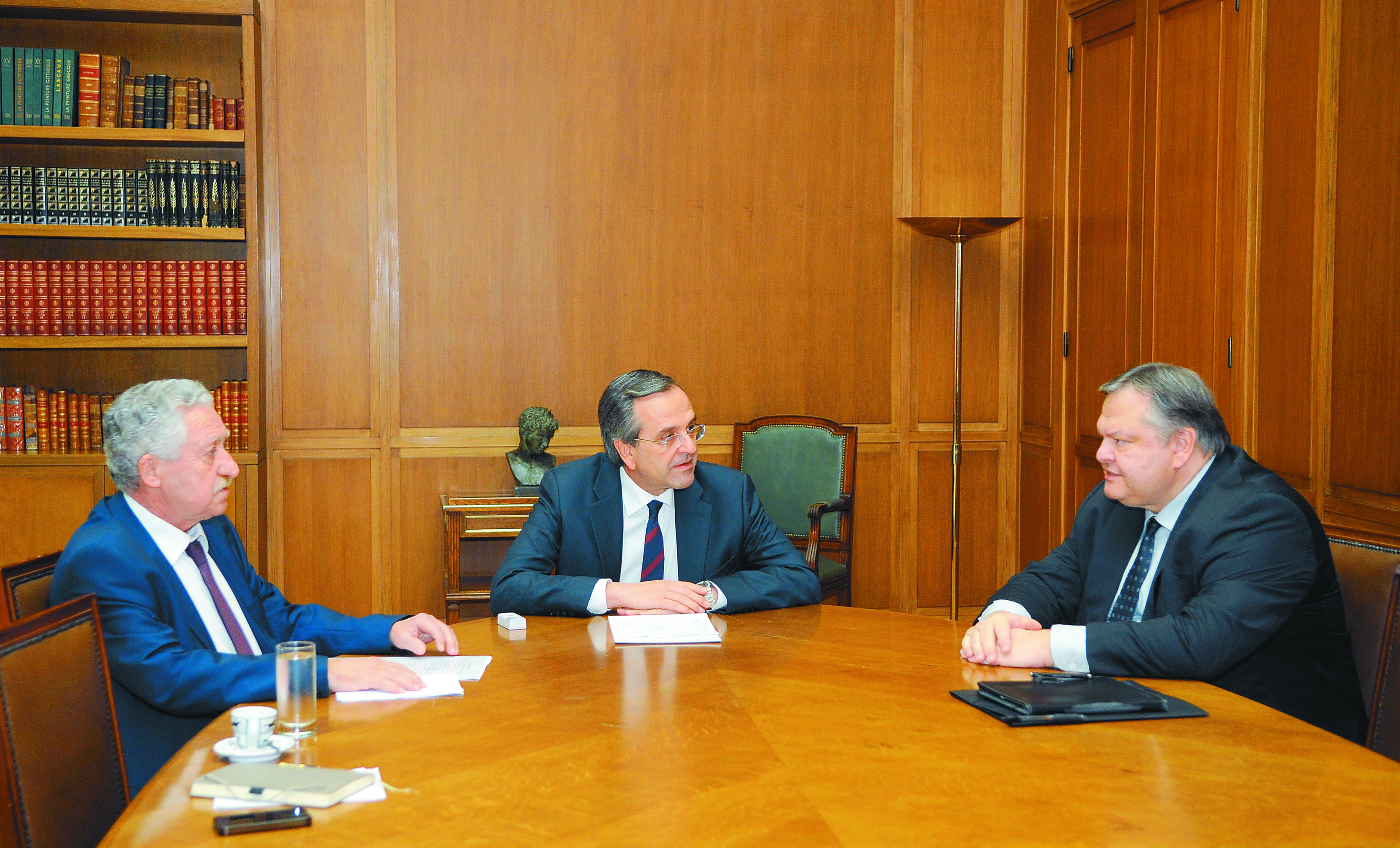 Despite the official information that Monday evening’s 19:30 meeting between the three government partners will focus on ERT, the real topic according to PASOK will be Mr. Samaras’ arrogance and disrespect towards his government partners.

PASOK upped the ante a few hours after the Prime Minister’s speech in Naflio, by claiming that “the reforms Samaras claims are a lie”. This highlights the resentment towards Mr. Samaras’ unacceptable behavior, which has escalated since June 2012. PASOK officers state that Mr. Samaras rejected all PASOK proposals, from forming a negotiation committee to the more recent proposals to combat unemployment and tax evasion. Even as an opposition party Mr. Samaras’ New Democracy did not support any reforms, according to PASOK.

PASOK’s leadership considers the 2,500 dismissals from the public sector to be a paramount issue, for which Mr. Venizelos made a proposal at the government partner meeting regarding evaluation, mobility and dismissals. Two years prior Mosialos and Alivizatos had devised a reform plan, which New Democracy refused to support, whereas the committee formed by the Mr. Samaras’ consultant and Minister of State Dimitris Stamatis was inefficient.

The closure of ERT has had a negative impact on the public image of Greece, as the abolition of ERT jeopardizes the government planning. Mr. Venizelos contacted the troika representatives in order to find out if the loan installments will be delayed, which the troika denied.

PASOK is in favor of restructuring ERT, but not in the rushed and misguided way of shutting down. A team of PASOK officials visited ERT on Sunday evening, comprised of P. Koukoulopoulos, D. Karydis, K. Pierrakakis, N. Beltegris and other. PASOK has reiterated that they do not want elections but to maintain political stability, while pointing out Samaras has his own responsibilities.

PASOK’s parliamentary group and political council is expected to convene on Tuesday.