Dionysis Simopoulos: The great guide on the journey of knowledge

Dionysis Simopoulos helped us love science like few others. And this is a very big deal 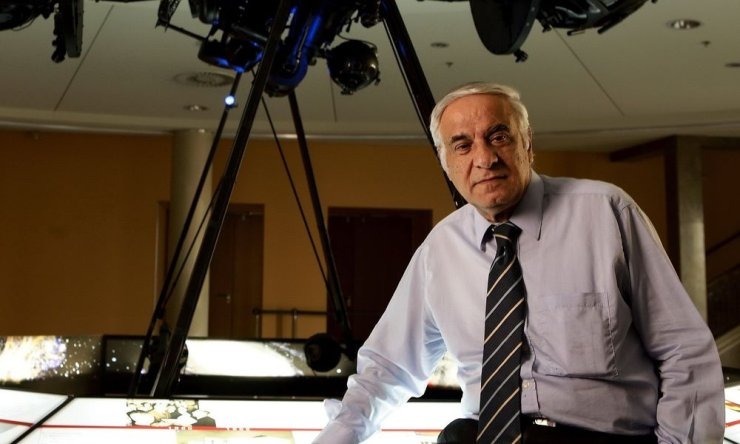 Many times we discuss great scientists based on whether they were given a Nobel Prize, or if a subatomic particle is named after them.

Obviously, this also pays due respect to people who, with their work, really advanced scientific knowledge. They made great discoveries. They added to our knowledge.

But we may often know their names without knowing what their discoveries really mean.

However, in order to be able to contribute to social progress, scientific knowledge must become the property of wider sections of society, beyond the narrow limits of specialists.

And there enters another class of scientists: the great popularizers, or, if you prefer, the great teachers.

Dionysis Simopoulos, who “left” us, was exactly that: a great popularizer and a great teacher.

It is no coincidence that he had Carl Sagan as his role model: that great American scientist and tireless popularizer who contributed to the love of science in America, who fought against all forms of irrationality, including superstition, and who did not hesitate to take a stand against the risk of nuclear holocaust.

Similarly, Simopoulos: with his work at Eugenideio Planetarium, with his books, with his interviews and his overall public presence, he served a basic purpose: to enable as many people as possible to learn about the universe, to love science , to free themselves from the shackles of all varieties of superstition through rationality and knowledge.

And even when he was informed of his illness he insisted on maintaining his rationality and thus fighting the fear of death.

And what he has achieved is enviable: he has helped many people to acquire a different relationship with scientific knowledge, to be fascinated by the adventure of research, to become more aware of the vastness of the universe but also of how fragile our own survival on this planet is.

As he used to say “we are stardust and we will return to the stars”. But in the meantime we are really poorer.