Members of the group are top business executives under the age of 50, from throughout the world 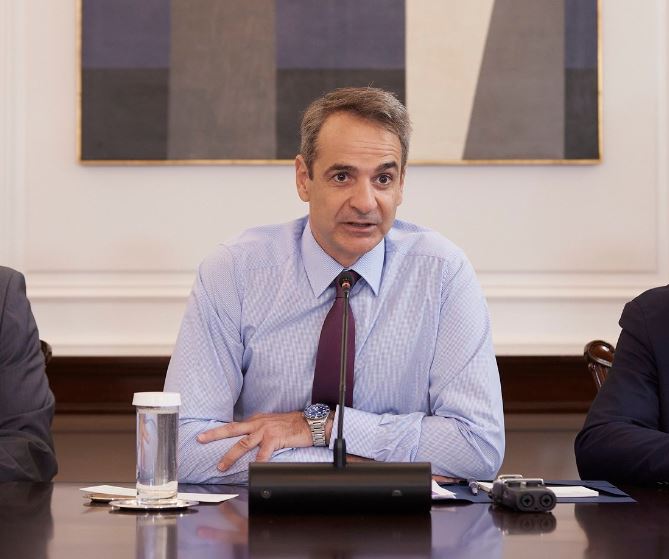 Greek Prime Minister Kyriakos Mitsotakis on Wednesday attended a working lunch in Athens with some 40 CEOs of international companies, members of the southern California chapter of the Young Presidents’ Organization (ΥPO).

Mitsotakis was accompanied by his spouse, Mareva.

Members of the group are top business executives under the age of 50, from throughout the world.

The event was organized by the president and CEO of the ECOS company, Kelly Vlahakis-Hanks.

In his address, Mitsotakis cited the investment opportunities now available in the Greek economy, beyond the mainstay of tourism. He also said the difficult past decade of crisis are a thing of the past in Greece.

On their part, participant CEOs queried the Greek premier over the energy crisis, prospects for the domestic economy and reforms plans.