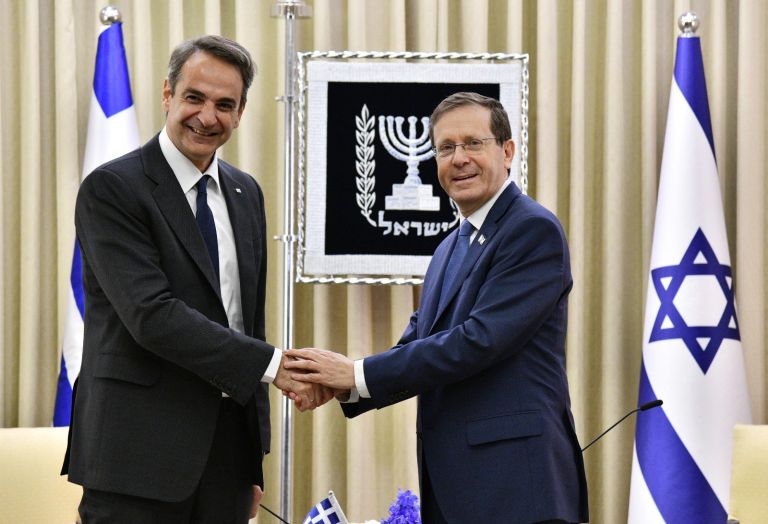 On Wednesday, Prime Minister Kyriakos Mitsotakis had a meeting with the President of Israel, Isaac Herzog, on the sidelines of the World Economic Forum, which is hosted in Davos, Switzerland.

The leaders of the two countries discussed developments in the wider region, with emphasis on energy issues and the formulation of a new energy map, following Russia’s invasion of Ukraine.

The Greek Prime Minister and the President of Israel considered the possibility of further deepening the cooperation at bilateral level and in the framework of regional groups.

Earlier, Kyriakos Mitsotakis, in a conversation with the President of the World Economic Forum, Borghe Brede, and referring to the developments in the EU after the Russian invasion of Ukraine, stressed that the EU has proved its unity and its speed in unprecedented sanctions against Russia.

“The crisis in Ukraine has pushed the EU to think much more strategically, and in this case the issue of the strategy of autonomy, of which I am an ardent supporter before the Russian invasion of Ukraine,” Mitsotakis said. “In terms of energy, we now have an additional goal, that of rapid independence from Russia, an operation in which Greece can play an important role as it is a key player in the Eastern Mediterranean.”