Greek food industry… can do better on the British market 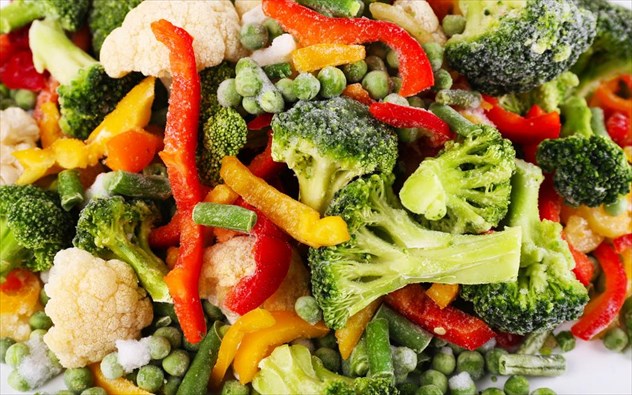 Greek frozen fish products are a category that is absent from the shelves of food retailers in the United Kingdom as noted in the market research for the frozen food sector in this market, conducted by the Office of Economic and Commercial Affairs of the Greek Embassy in London. published by APE-MPE.

The research showed a number of things, among which:

“When the market is dominated by giant international companies, perhaps the best approach is the one already adopted by Greek companies: targeting a small specialized audience, namely the Greek and Cypriot diaspora in the United Kingdom. Of course, this approach has its limits and these are reflected in the export statistics, which, although strengthened during pandemic conditions, remain far from the potential of Greek industry and the potential of the British market.

It is a fact that reaching a wider audience would require adapting the packaging of the products to the English language, if not adapting the recipe, to bring them closer to British eating habits and traditions (eg chicken or meat pies are very common in the UK, but not cheese or spinach pies). And any adjustment would certainly have an impact on the price and competitiveness of the product.

However, one fact that emerges from the data is that most Greek products are exported at competitive prices (subject to the fact that the statistical categories actually contain many different types, which may not be comparable). So there may be an opportunity to offer private label products in large retail chains, especially for frozen fruits and vegetables, and ice cream.

One category that is practically absent from the British market is frozen products of Greek fish farming (in 2020, exports of frozen cod fillets worth 83,000 pounds under code S.O. 03047190, frozen sea bass worth 77.000 under code 03038410, and 33,000 mm in code 03038955-frozen sea bream, total exports of frozen fish worth 193.500 pounds). Of course, even in this case, the most widespread Greek farmed fish is far from the British diet, but it is estimated that there is scope for both branded and private label products, if they successfully meet the required price, quality, health, and sustainability standards.

In order to target a wider audience, it is imperative to promote Greek products, systematically and consistently. Participation in selected trade fairs when they reopen, in online food fairs, which include b2b meetings, the organization of guest shop programs, Greek cuisine events and presentations to specialized audiences, contribute to the development, maintenance and expansion of the relationship with British market, as well as the consolidation of the Greek product in the minds of buyers “.

It is noted that the British grocery market is considered one of the most advanced in the world (Supermarkets include stores larger than 280 sq.m. Smaller stores are considered grocery stores).

According to Euromonitor International, its size in 2018 was 170 billion pounds, an increase of 2.3% compared to the previous year, while the number of stores reached 90,281, a decrease of 0.6%.

The economic impact of the pandemic seems to be squeezing the profitability of the networks, as consumers move from the market segments with the highest profit margins (groceries) to the lowest ones (internet, supermarkets, supermarkets), which can translate into further pressure on suppliers.

The structure of the grocery market is basically oligopolistic and the entry of branded products in the big chains, especially directly, is not easy. They have great bargaining power and therefore are able to impose their requirements on the price of the product, its characteristics (quality, packaging, labeling, certification), but also its support with in-store promotion costs. The profit margin of retailers ranges between 40-45%.

The presence of Greek products is limited to medium and small wholesalers of Greek or Cypriot origin, some of which operate mainly as retailers, at which point they are mainly addressed to Greeks and Cypriots in the United Kingdom. For this reason, the items on the market have more of a national cuisine character (eg several ready-made options), while several of the pastry products and vegetables are available without any adaptation to their Greek packaging.

As for ice cream It seems that the Greek presence in the UK concerns private label products.

2021 is a special year for the United Kingdom: It is finally outside the European Union, with the population facing the economic consequences of the pandemic, and working from home gaining ground, which can consolidate changes in shopping and consumer behavior observed in 2020.

In these circumstances, consumers’ choices can only be dictated decisively by their financial situation and the basic need to ensure their health. In detail, the British frozen foode industry sees the following for the future:

– The interest in healthy eating will continue to be a crucial market criterion for consumers. Thus, the health benefits of each frozen food (especially vegetables) should be emphasized, while emphasis should be placed on the element of freshness and quality. Products rich in fat and sugar (eg ice cream) will not cease to attract new consumers, but will face increasing competition from innovative alternatives. Growth is also expected for specialty frozen products (gluten free, lactose free, animal protein substitutes).

– Consumers will seek to maximize the value of their purchases. Thus, it is estimated that they will spend more time studying their products and prices in online stores, that they will be influenced by the offers and that they will easily change brands. In addition, they are expected to continue to plan their shopping and avoid spontaneous purchases. The above can be an opportunity for the smaller market players, provided that the price / quality or uniqueness of the product becomes clear, especially if the price exceeds the average.

– Consumers will continue to seek convenience and flexibility and frozen foods by definition cover the need for fewer visits to the supermarket, for foods that are more preserved, for easy and quick enjoyments, etc.

Finally, sustainability will be increasingly sought after by consumers. Frozen foods are already highly regarded by consumers for helping to minimize food waste, and the industry is responding by taking action to reduce the impact of its activity on the environment, limiting or using environmentally friendly packaging, etc..

According to the British Frozen Food Federation, in the twelve months to November 2020, online frozen sales accounted for 14.4% of total retail sales of these items, an increase of 49.6% over the previous period. A dynamic increase in sales of frozen was also recorded in convenience stores, 20.5%, and in discount stores, 15.1%.

At the network level and especially for frozen food, Tesco recorded the highest retail sales share of 23% for 2020, an increase of 14.3% over the previous year. It was followed by Iceland, which specializes in frozen foods, with a share of 16.1%, Asda with 12.5% ​​and the second largest network Sainsbury’s with 11.1%.

As the economic consequences of the pandemic make consumers more cautious in striking a balance between quality and price of products, it is estimated that in the coming years the internet, discount stores, and secondarily supermarkets will be strengthened due to their ability to provide satisfactory quality products at affordable prices.

With consumers starting to move from the highest profit margins (grocery stores) to the lowest profit margins (internet, supermarkets), distribution networks are feeling the pressure of “low prices every day”. During the first phase of the pandemic, in order to ensure rapid replenishment of products on the shelves, they proceeded mainly to rearrange the sizes of the offered items and secondarily to discard codes from the shelves and at the same time cut the promotion costs while maintaining prices, or even increasing them slightly, ie with an increase in the profit margin. But as the economy plunged into deep recession, large chains began to intensify the price war. In these circumstances, the bargaining power of retail chains and large importers may be strengthened vis-a-vis their suppliers.

In 2020, sales of new products in the grocery sector as a whole were lower compared to previous years. Retail chains focused on the best performing products in order to improve their supply chain in conditions of extreme demand, such as those observed mainly in the first phase of the pandemic. Travel restrictions have forced consumers to remain in their local market, typically in smaller stores, which devote their limited space to more popular rather than new products. After a first period of large decline in new product launches due to the pandemic, the intensification of online contacts between buyers and suppliers and the improvement of the quality of these contacts, tends to restore the introduction of new products on the market to pre-health levels.

The strategy to fight obesity and competition

The data emphasize that the strategy to combat obesity should be taken into account when choosing products that are promoted or developed for the British market, especially for those that target the general public, rather than the Greek and Cypriot diaspora.

Should new product labeling requirements be decided, this will mean an additional cost for customizing the labels.

It is also appropriate to ensure that environmentally friendly packaging is offered, both to respond to the environmental sensitivity of British consumers and to avoid the possibility of passing on the plastic packaging tax to consumers, which may raise, even slightly, the final price of the product.

Responding to the needs of the industry, the British Retail Consortium (BRC) developed the BRC food standard in the late 1990s to evaluate retail chain suppliers. The BRC is not a brand but a standard by which a product is evaluated in terms of its consumer safety. The requirement of chains for this certification stems from the need to avoid product recalls due to unsuitability for consumption and the consequent defamation of the product chain.

This standard has gained a lot of prestige and for two decades has been a reference point for the best practices of the food industry, not only within the United Kingdom but also internationally. In other words, it has become a global quality standard, which is also invoked by companies outside the UK to evaluate their suppliers.

Almost all UK retailers require their suppliers to comply with BRC Global Food Standards certification. Even if for a branded product, a food chain does not require BRC certification, this will happen because the chain will be satisfied with some other international standard with which the product (and especially IFS) is already certified. Although BRC is optional, in practice it becomes mandatory, especially for the private label products of large retail chains. However, regardless of BRC certification, large chains may require additional certification or auditing, especially for their own private label products.