Though the announcement brought a sigh of relief to struggling entrepreneurs, the sector is hardly out of the woods as it is still uncertain when it will re-open. 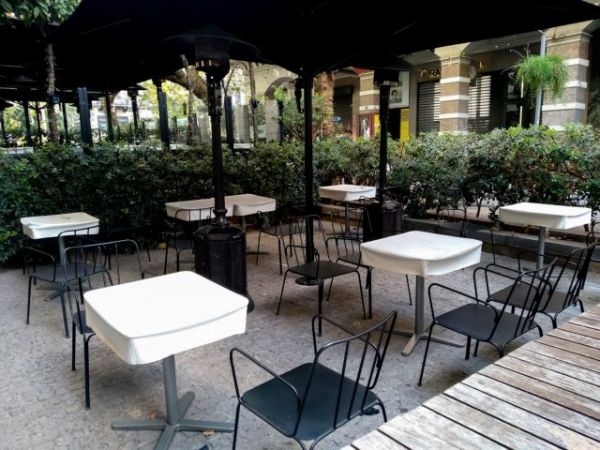 The government today announced a sorely needed 300mn euro boost for the Greece’s devastated restaurant industry amidst a huge wave of unemployment in the sector.

Perhaps no sector has been harder hit harder by the year-long COVID-19 epidemic in Greece than restaurants, which have been shut down by the government for the last five months upon the advice of the experts on the National Committee for COVID-19 due to heightened public health (transmission) risks.

The sole type of legal operation of restaurants and other food establishments is home delivery and take-away from the premises.

Though the announcement brought a sigh of relief to struggling entrepreneurs, the sector is hardly out of the woods as it is still uncertain when it will re-open.

A spate of press reports have indicated that the re-opening will be after Greek Easter, one month from now, and that will aggravate the already tragic situation.

It is projected that a large percentage of restaurants, cafes, and bars will never re-open.

The much-awaited announcement was made after Prime Minister Kyriakos Mitsotakis’ meeting this afternoon with representatives of the nationwide Federation of Restaurateurs and Related Professions (POESE).

POESE’s president, Yorgos Kavathas, welcomed the decision to provide crucial working capital subsidies, but he stressed that the disbursement of the funds in a timely manner will play a decisive role in determining whether and when establishments will be able to re-open.

Thousands of restaurants and cafes (including franchises) as well as bars will be able to apply for up to 100,000 euros in subsidies for working capital to permit their restart through the EU’s National Strategic Reference Framework (NSRF) 2021-2027.

Specifically, the funding will come the NSRF’s “Competitiveness, Entrepreneurship, and Innovation Operational Programme [OP]” for Greece.

“The OP should substantially contribute to the proposed shift in the growth model of the Greek economy from non-tradable into tradable sectors, and cluster development of innovative and out turned sectors with a sustainable competitive advantage,” according to the programme’s mission statement.

«The sector has already received nearly one billion euros in funding,» Mitsotakis said.

«Of the sector’s 410,000 workers, nearly 260,000 whose contracts were suspended were reimbursed by the government with 720 million euros that supplemented their wages,» the PM noted.

«We are not expecting to cover all losses with the plan we are announcing today as all sectors of the economy and all businesses have suffered losses. But we are here to provide the working capital for buying supplies,» he said.