Apart from a 3.8 billion euro spending package that MItsotakis had announced, the government plans to spend an additional six billion euros (half from the state budget and half from EU structural funds) to shore up the economy. 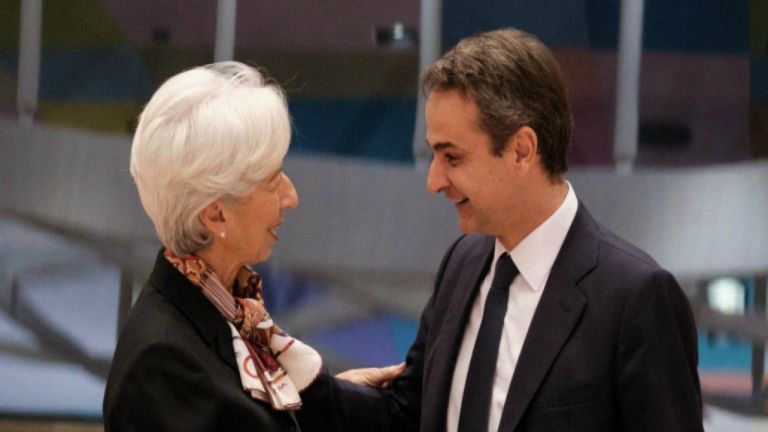 Prime Minister Kyriakos Mitsotakis has announced a 10 billion euro spending plan to prop up the already battered Greek economy in order to survive the unfolding global economic disaster caused by the Coronavirus pandemic.

Apart from a 3.8 billion euro spending package that Mitsotakis had announced in his now frequent national addresses, the government plans to spend an additional six billion euros (half from the state budget and half from EU structural funds) to shore up the economy.

“There will be an additional disbursement from the state budget of nearly three billion euros to support the economy. About another three billion will be come from the restructuring of the NSRF (National Strategic Reference Framework, known by the acronym ESPA in Greece) funding. I am speaking of a total of nearly 10 billion euros, without including forecasts for additional liquidity to be provided to businesses from existing financial tools,» the PM said.

A series of measures announced by the government is designed to prevent the collapse of the economy and the decimation of the labour force, including an 800 euro stipend to be paid in early April from the state budget to employees of businesses which have been ordered to close by the government as well as freelance professionals.

That amount covers the period between 15 March and 30 April and will be handed out in lieu of payment from the employer, who will not be obliged to pay the employee due to force majeure.

The measure will cover 500,000 workers at a cost of approximately 400mn euros.

The state will cover the cost of beneficiaries’ insurance, pension, and health payments based on the amount of the employee’s regular salary and not on the 800 euro stipend.

Mitsotakis said that the same amount will be paid to those working in businesses that have suffered a drop in revenues, to freelancers, and to those who lost their jobs after 1 March when the pandemic crisis was already impacting on the economy.

Moreover, he put to rest rumours that private sector enterprises may not pay the legally mandated Easter bonus, which amounts to half a month’s salary, noting that the government will enforce the law.

The government was rocked by divs from the state’s ERGANI labour data base which showed that a whopping 40,000 private sector jobs were lost just in the first 18 days of March.

He also said the country has “more weapons” to protect the economy following its inclusion in an emergency ECB bond buy-back programme which was expanded due to the pandemic.

“The coming months will be very tough also for the economy. However, we now have more weapons to support the labour and production force,” the PM said.

In a stern message to those who have flouted the state’s instruction that people must stay home unless it is absolutely necessary to go out, the PM called on the public not to destroy the benefits of its early restrictive measures.

“In Italy they do not have enough coffins for the dead,” he declared.

He lambasted and warned the thousands of Greeks who have descended on the islands to get away from the city for sort of winter vacation that they pose a public health danger there and that if they fall ill it will be very difficult for them to return.

Finance Minister Christos Staikouras in a television interview on 18 March said the government expects the economy to grow by slightly over 0%” this year though many find that overly optimistic and project a shrinking of the economy.

The 2020 budget is based on a growth projection of 2.8 percent in this year’s budget.

The European Central Bank’s decision to tackle the economic crisis caused by the Coronavirus pandemic with bond purchases worth 750 billion euros is a life raft for Greece which during the bailout era was excluded as its paper was at junk level.