‘Today, Greece is not only a country that is a critical energy hub in the Eastern Mediterranean and the Balkans but is also starting to implement a plan that ultimately aims to turn it into an energy-producing country,’ PM Alexis Tsipras said. 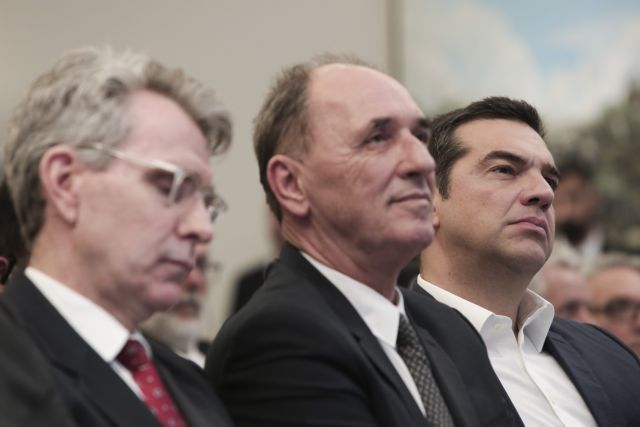 Greece today awarded licenses to ExxonMobil and Total to search for hydrocarbons off the island of Crete, marking the country’s first major foray into an oil and gas search in the region.

The two companies, in a consortium with Hellenic Petroleum, have an eight-year research and exploitation license in two offshore blocks lying south and south-west of Crete.

“Within two to four years we anticipate we will have a clear view of what reserves are there and what kind,” PM Alexis Tsipras said in a speech at the licensing ceremony.

Greece has a number of smaller concessions mainly off its western coast, but the Crete concessions represent 40,000 square kilometers of territory virtually unexplored.

Athens has been keen to emulate the success of countries like Israel and Cyprus in exploring for offshore reserves in the past decade, even though Cyprus’s success in discovering natural gas has highlighted long-running tensions over offshore jurisdiction with Turkey.

“Today’s agreement marks the utilisation by Greece of its own exclusive economic zone, following in the footsteps of other countries,” Tsipras said, referring to a maritime area over which countries have commercial rights.

Past surveys have suggested that the little-explored region off Crete, riven by converging tectonic plates that form folds or petroleum traps, displays promising geology that now requires surveying to confirm any actual deposits.

«Today, Greece is not only a country that is a critical energy hub in the Eastern Mediterranean and the Balkans but is also starting to implement a plan that ultimately aims to turn it into an energy-producing country,» the Athens News Agency quoted Tsipras as saying.

«This development offers another perspective to Greece’s geopolitical role, but at the same time another development and economic outlook in Greece,» he added.

Environment and Energy Minister George Stathakis said the signing of the agreement “strengthens Greece’s presence in the wider region of the Eastern Mediterranean and, after the finds in Cyprus, Israel and Egypt, there is already the formation, along with Greece, of a strong pole. We are participating equally with other countries – Jordan, the Palestinian Authority and Italy – in order to have a permanent area of cooperation, an exchange of views, and joint initiatives for the exploitation of hydrocarbons in the wider region of the Eastern Mediterrranean,» he said.