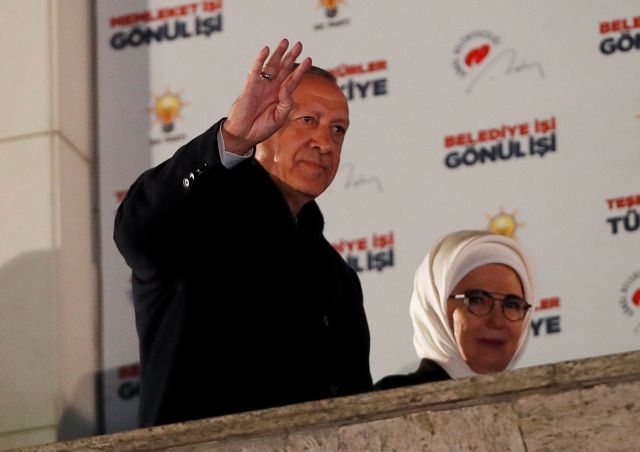 Setbacks that Turkish President Tayyip Erdogan’s ruling AK Party suffered in Sunday’s local elections will prod him into making the wrong economic policy choices. He is all the more likely now to opt for short-term fixes rather than the more profound changes that investors want but which would take time to combat recession.

The economy contracted for the second quarter in a row at the end of last year and the annual inflation rate is nearly 20 percent, even though it has come down from 2018 peaks that were more than five percentage points higher. Households are struggling to cope with price rises while companies are feeling the pinch from the high interest rates used by the central bank to curb inflation and win back market credibility. Public discontent with the economy is likely to have boosted support for opposition parties.

Foreign investors are also unhappy with the current course of economic policy. They would like the Turkish government to promote private-sector investment, keep a tight lid on the budget deficit, and give the central bank free rein to do its job. Erdogan said on Sunday he was committed to an economic programme that would not compromise free markets. But there have sometimes been divergences between rhetoric and actions.

Instead of tackling the underlying cause of the weak lira, Turkey has opted for stop-gap measures to curb short-selling, which some analysts view as a mild sort of capital control. Meanwhile, its banking watchdog is cracking down on bank research and Erdogan on Friday renewed his call for a rate cut, repeating his theory that high inflation would persist unless monetary policy were eased. That would renew pressure on the lira.

The central bank is therefore in a bind. Rating agency Moody’s said on Monday the erosion of foreign currency reserves was credit negative and the central bank’s use of reserves to prop up the lira posed questions about its transparency and independence. Yet raising interest rates may be politically difficult and would harm an already weak economy. Erdogan has a track record of choosing politically expedient short-term fixes that are badly received by markets. History may be about to repeat itself.