In essence, the deputy premier is confirming the statement of Defence Minister Panos Kammenos, who in July, 2015, had placed the Hellenic Armed Forces in a state of readiness in order to ensure domestic security, as he said. 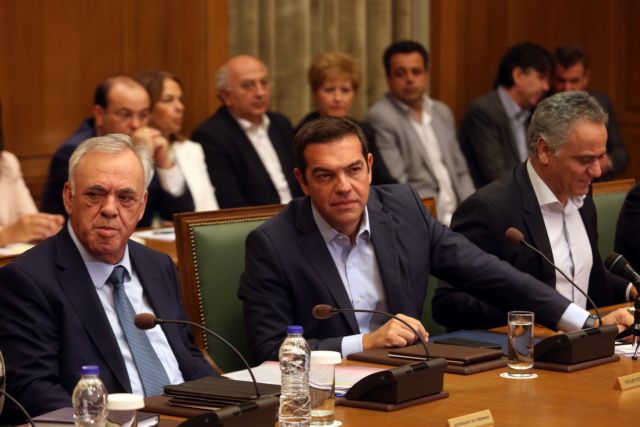 In a bombshell revelation, Deputy Premier and Economy Minister has said that the government in July, 2015, feared that with a possible Grexit the situation could spin out of control and could even necessitate martial law, as it would not be able to be “controlled with democratic means”.

“The reason we rejected a total rupture [with creditors and the EU], or rather a continuation of the then existing rupture, was not narrowly economic, but rather the danger that a situation could arise which would be so chaotic that it could not be controlled with democratic means. That would have led to a premature delegitimisation of the government and the left-wing project would have had to be put off, possibly for many years. If a total rupture was not feasible, there were always possibilities for controlled ruptures, the consequences of which would be predictable. In that way, one can foresee what will happen so as not to become trapped in impasses. We made many such [limited] ruptures,” Dragasakis said.

Hence, Dragasakis is saying that the reasons that led to a compromise with creditors were not exclusively economic, but instead were related to the chaos that could have emerged.

In essence, the deputy premier is confirming the statement of Defence Minister Panos Kammenos, who in July, 2015, had placed the Hellenic Armed Forces in a state of readiness in order to ensure domestic security, as he said.

Dragasakis confirms all the scenarios that indicated that in the event of a rupture with creditors and a Grexit, chaos would result. One would have had scenes reminiscent of Argentina or worse, a situation that could not be controlled by Greek Police and obviously, from Kammenos’ point of view, the army would have had to intervene.

Effectively, one would have had the undemocratic imposition of a plan to exit the European Union with a left-wing government and with violence, since according to Dragasakis there would be violence that could not be checked with democratic means. His reference to a delegitimisation of the government hints at the possibility of a dictatorship arising.

Once the Europeans and top figures in the state structure had intervened (President Prokopis Pavlopoulos held discussion with various players (including French President Francois Hollande), the government did an about-face in order to avoid chaos.

Secondly, even if all of the above is just a figment of the imagination and hyperbole, it is equally serious. We all know that the infamous Plan B to come to a rupture with the EU was discussed within SYRIZA as early as 2014, before it came to power.

That is why ex-finance minister Yanis Varoufakis who had a steadfast position in favour of a rupture later formed a closed group including economists James Galbraith and Dimitris Papadimitriou (later appointed Economy Minister by Tsipras). Papadimitriou had publicly supported a parallel currency that he had dubbed G-euro.

In January, 2015, after coming to power, Tsipras held an inner cabinet conference to discuss where the country was headed, attended by Dragasakis, Varoufakis, and others.

There, the prospect of Grexit was discussed. It is said that Dragasakis – who even then opposed a “Plan B” – was extremely surprised by how much Varoufakis’ ideas had penetrated the PM’s office. Still, he was among those who permitted economic chaos to creep up on the country.