Kotzias predicted that when the agreement comes into effect (after its ratification in the Greek parliament), the US will begin to call the country North Macedonia 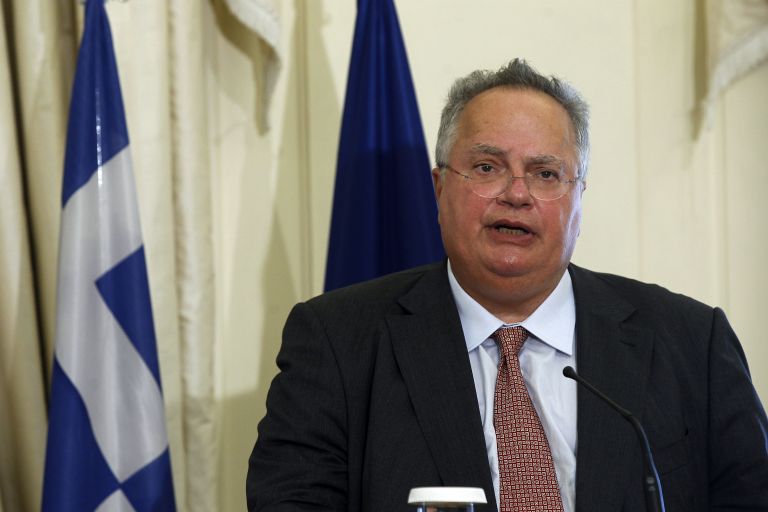 Share
Foreign Minister Nikos Kotzias defended the Greece-FYROM naming agreement, after opponents of the deal in Greece reacted to US President Donald Trump’s repeated reference to the country as Macedonia, on the occasion of FYROM’s Independence Day, on 8 September.
“Hypocrisy has reached the point of idiocy. The country has been recognised as Macedonia [by third countries] when New Democracy and Pasok were in power. Now they are playing the fool because Trump called the country as the US and other countries recognised it when ND and Pasok were in power,” Kotzias said today, in an effort to downplay the significance of the US President’s statement.

Trump praised the agreement, underlining that it opens the way for Skopje’s Nato and EU membership.

“Unfortunately, two-thirds of the world’s states have recognised our neighbouring country as Macedonia, and fortunately, with our agreement, it will become North Macedonia.” Kotzias told Real FM.
Kotzias predicted that when the agreement comes into effect (after its ratification in the Greek parliament), the US will begin to call the country North Macedonia.” Under our government, once the approval procedure is completed, the Americans will the country North Macedonia. That is why we say that we took back the name, and did not hand it over, as they [opponents of the deal] tell us.
“We never advocated a Macedonian language. Alexander the Great did not speak Macedonian. Aristotle spoke to him in Greek. The Macedonian language has been recognised since 1977 by Greek governments at the UN. Even in the 1950’s, Greek governments in their own way recognised that their [FYROM’s] language was Macedonian.
Referring to FYROM PM Zoran Zaev’s frequent recent references to a Macedonian language, which have irked opponents of the deal in Greece, Kotzias attributed them to Zaev’s campaign for a yes vote in the 30 September referendum on the deal, in which we wishes to shift the focus away from the fact that the country will change its name
.

“It will be the second country in European history which has changed its name,” Kotzias said.
Kotzias projected that the deal will be ratified by an absolute majority in the Greek parliament.