The government plans to table a draft law in parliament in the near future, in order to expedite the hike in the minimum wage, which is expected to take effect at the beginning of 2019. 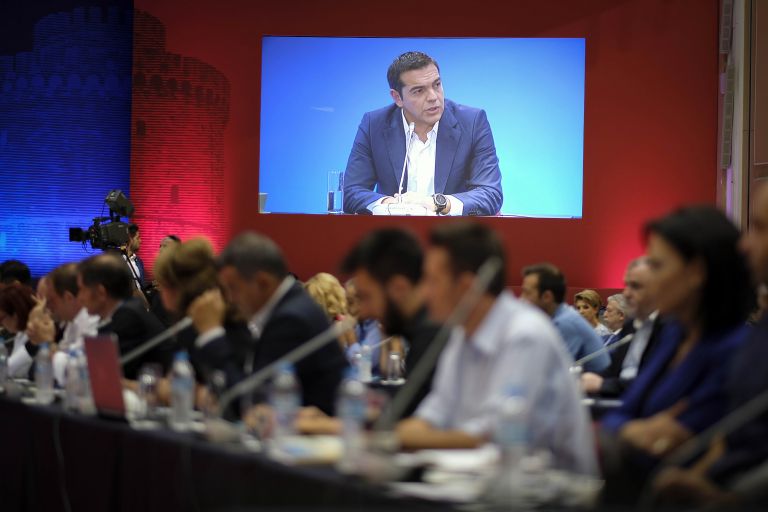 Share
Wage hikes – either in the minimum wage or in sectoral determination contracts or in sub-minimum wage salaries – will be one of Prime Minister Alexis Tsipras central announcements in his major economic affairs speech at the Thessaloniki International Fair on 8 September.
The government, with references to wage hikes in particular sectors of the labour market, is attempting to bolster its political narrative about the post-bailout economic course of the country.
The finance ministry has already issued its first decisions on extension of collective bargaining contracts in certain sectors of the economy, which means that employees even in those sectors in which employers are not bound by the signing of the contract will have wage hikes.
Those sectors are banking, tourism, and shipping, in which the extension of the collective bargaining contracts was decided by the Supreme Labour Council on 31 August. The next sectors will be hotel employees and workers at lignite mines, to be announced on 6 September.
‘Unfeasible’
The extension of the contracts is a technical procedure, the success of which is not considered a given, as trade unions believe that the manner in which the government chose to implement the measure is unfeasible.
They note that a sectoral contract without an extension of the time that it is in effect, is binding only for members of employers’ associations who have signed it. The extension binds the entire sector.
For that to happen, the contract must be signed by members of employers’ associations who represent 51 percent or more of the sector. It is the Supreme Labour Council which will decide whether the necessary percentage of employers’ associations is represented. The prospective extension of the contracts will be based on that assessment.
The extension
For the Supreme Labour Council to issue a decision, employers’ associations must provide the necessary data from the registry of their members, but providing the data is not mandatory. Consequently, if the employers’ association refuses, it is impossible to extend the sectoral contract.
Minimum wage
The government plans to table a draft law in parliament in the near future, in order to expedite the hike in the minimum wage, which is expected to take effect at the beginning of 2019. The change in the institutional framework for determining the minimum wage is considered necessary, for the government to signal the exit from the bailout memorandum ahead of the next general election.
As for the level of the wage increase, the government has agreed with creditors that it will not be “excessive”. Labour Minister Effie Achtsioglou has spoken about a “careful increase”, which translates into about 20-30 euros a month.
Costas Papadis
Τα όπλα για να μην επικρατήσουν οι μεταλλάξεις – Τι φταίει και διασπείρονται ραγδαία στην Αττική
Ακολουθήστε