Members of the anarchist group left behind a bag that contained a Palestinian flag and pictures of dead Palestinians, and proceeded to leave the ministry unhindered. 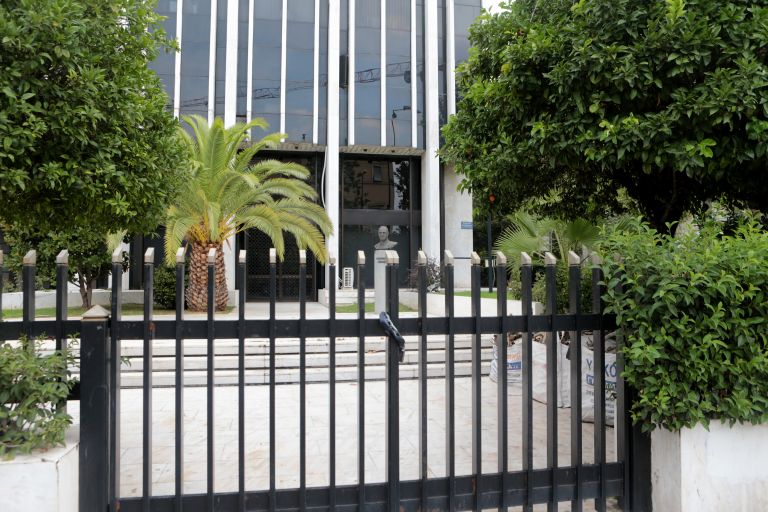 Share
In its latest raid on a public building, the anarchist group Rouvikonas staged a foray into the courtyard of the Greek foreign ministry this morning.

Members of the group jumped over a metal gate and entered the ministry’s courtyard unimpeded.

Two members of the group, who appear in a video that was posted on an anti-authority website, were able to enter one the capital’s best guarded venues, without anyone taking notice.

They left behind a bag that contained a Palestinian flag and pictures of dead Palestinians, and proceeded to leave the ministry unhindered.

“This time, we decided to take a symbolic action, depositing a bag that contained a Palestinian flag and a few pictures, in the courtyard of the foreign ministry. They were photographs of the dead from the last “episode” in the genocide of a people, triggered by the recognition of Jerusalem as the capital of Israel, by a diachronic ally of the Greek state, the US,” the group stated in a post on the same anti-authority website.