Caspar Veldkamp: «Democracy is not a spectators’ sport»

The Ambassador of the Netherlands in Athens talks about the Dutch elections, Greece and Europe 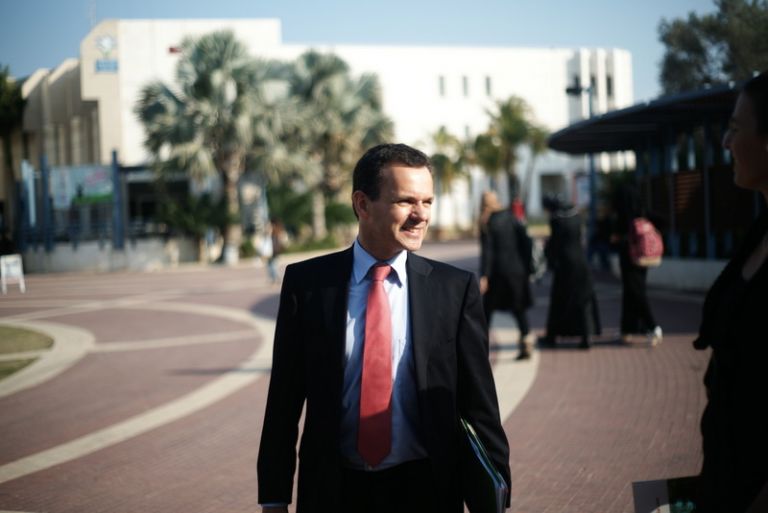 According to political analysts the hard work for Mark Rutte starts now, as the defeat of Labour party, leads to the need for even wider political coalitions.Should we expect a long term procedure or Wilders’ presence in second place will push things forward to a quicker solution?

Indeed, the hard work starts now. Mark Rutte will feel the need to build a solid coalition, independently of Geert Wilders’ presence. I expect the process to take until summer. A cabinet formation in the Netherlands is not only a matter of finding the right persons for the various ministerial portfolios. It is first and foremost a matter of drafting a solid coalition agreement that will provide a framework for the new government’s policies, reforms and fiscal responsibilities for the next four years.

Will the Dutch government continue to make decisions on domestic as well as European issues?

Yes. Until the new government is sworn in, our current government will continue in a caretaker role. It is able to take many decisions, such as implementing current policies and other decisions in the country’s interest but also for various matters that concern Europe. For example, I expect that disbursements to Greece under the current bail-out program will not be affected, as long as conditions are met. Meanwhile, it is the Dutch policy that we want to see the IMF coming on board of the Greek bail-out program, with financial involvement. This will not change.

The turnout in these elections has exceeded 80%, even if it has not exceeded the record of 88 percent achieved in 1977, it’ s an astonishing number for a European country nowadays. Which reasons do you believe have led to that?

Turnout has been high indeed. People had the feeling that there was something to choose. After the Brexit referendum and the American political elections, people realized all the more that their vote matters. No less than 28 political parties were participating, so voters could easily find a party close to their personal views.

In Avaaz movement’s banner in the Netherlands it was written: “Holland chooses hope over hate”. Could this be one of the main titles of the Dutch elections. If not which title would you give?

Your vote matters!’ Certainly in these turbulent times in Europe and the world, it matters to take a stand, for each and every one of us. The same will be true in the upcoming elections in France and Germany. No matter what you choose, going to the polls is important. Democracy is not a spectators’ sport.

What are the consequences of the outcome for Jeroen Dijsselbloem, the Eurogroup’s chairman?

His party, the center-left labour party, has taken a severe hit. At the same time, he is highly respected as a finance minister, from left to right. Our financial-economic household is in good shape. He will now stay on as finance minister, in a caretaker role. His mandate as the Eurogroup president is not formerly related to his position in the Dutch cabinet and only ends by the end of 2017.

Could you please comment on the recent tensions between Turkey and Europe and the Netherlands in particular?

Allow me not to make any comment about Mr. Erdogan and focus on the Dutch election results. A majority voted for parties of a pro-European tradition. But most of them also want the EU to change. They believe Schengen cannot be maintained if we do not reinforce external border control. They do not want an endless transfer of money from north to south. They want to connect to other countries in Europe and the world, but maintain our values. On the Eurozone, Mark Rutte has said that if France, Italy and Greece do not modernize themselves, the euro will cease to exist. He prefers European solutions, but senses the urgency for change.

You came as the ambassador of the Kingdom of the Netherlands in September 2015. What was the thing that surprised you the most about Greek people and what is your perspective about that now, after a year and a half that you are living with us?

“Οι Έλληνες και οι Ολλανδοί προσαρμόζονται εύκολα!” (Greeks and Dutch people adjust quickly!) (Mr. Veldkamp used this phrase in Greek as he is taking Greek lessons Ed.) And the country may be in crisis, but there is so much potential and so much talent! I see it at Orange Grove, the start-up incubator the Dutch embassy initiated here in Athens. It provides a flexible work space, advice and coaching, to young Greek start-up entrepreneurs. They are having creative ideas and great talent, also when we compare to their counterparts elsewhere in the world, such as in California, Israel, London or Amsterdam.
In the Netherlands, 70,000 jobs have been created by start-ups. They bring a different type of entrepreneurship, in a totally new style. I believe it is a style that fits well to Greece: interactive, socially conscious, innovative and entrepreneurial.
I hope to see Greece back to healthy economic divs as soon as possible.
Modernization is needed, reforms remain necessary, and a new mentality in entrepreneurship. But let’s face it: I can feel committed to this, but it’s up to Greeks to do it. You own your future!