Samaras and Venizelos head to Brussels on Tuesday 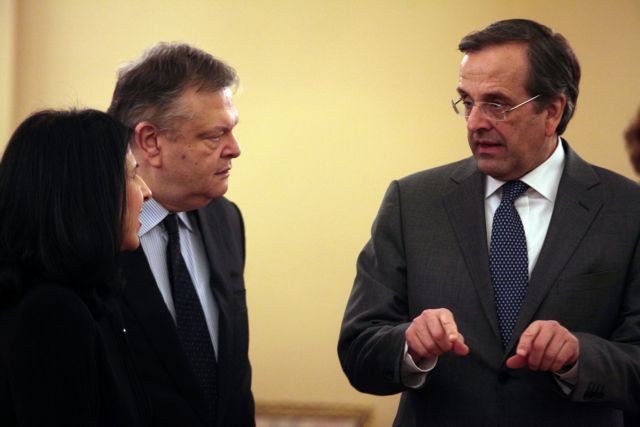 The Prime Minister Antonis Samaras and government Vice President Evangelos Venizelos are scheduled to travel to Brussels on Tuesday, where they will have the opportunity to discuss the outcome of Sunday’s results informally. The two leaders are set to meet officially on Tuesday at the PM’s office, with Mr. Venizelos scheduled to see President Papoulias on Friday.

With New Democracy having suffered a defeat while PASOK increased its influence through the Olive Tree coalition, Mr. Venizelos will likely pressure Mr. Samaras for a greater say in the decision-making. After Sunday’s results, when the Prime Minister admitted to have “received a message”, he is considering a cabinet shuffle.

The two leaders will also discuss changes to electoral law, such as abolishing a 50-seat bonus given to the top party in Parliament (in order to ensure parliamentary stability). There is virtually no public support for this bonus and the government believes that proportional representation is more suited for coalition governments.