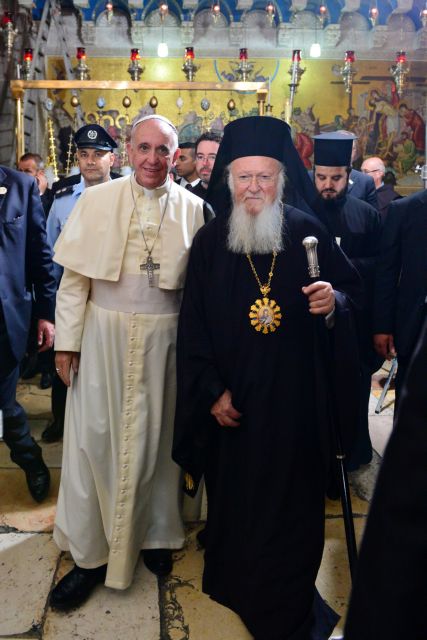 The Ecumenical Patriarch Bartholomew and Pope Francis met on Sunday in Jerusalem in order to celebrate the 50 years since the meeting of Athinagoras and Paul VI, when the two Churches lifted mutual excommunications and opened a new period of discussion.

On Sunday two religious leaders prayed together at the Church of the Holy Sepulcher and pledged to pursue ecumenical dialog in a common declaration.

The two leaders called for “communion in legitimate diversity” between their Churches and noted that “we look forward in eager anticipation to the day in which we will finally partake in the eucharist banquet”.

The declaration, among others, calls for the protection of family, peace and the common good, as well defending the natural environment and religious liberty.