Skrekas presented the Greek government’s strategy for ensuring sufficient energy supplies ahead of the coming winter, as well as the substantial assistance provided by Greece to the states of the region by supporting their energy supply 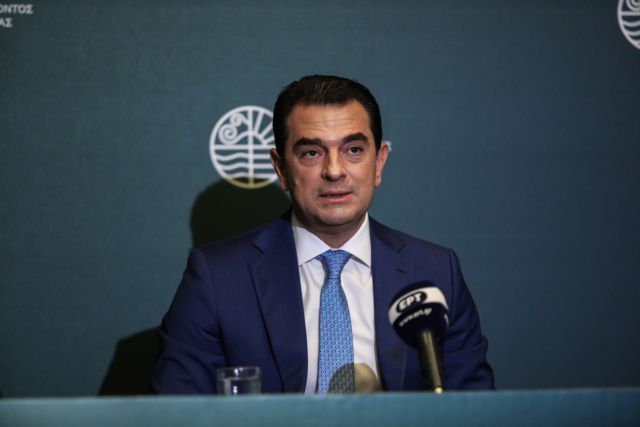 The domestic consumption of natural gas in September shows a 40 pct decrease compared to last year, while there has also been an increase of Greek energy exports to Italy and the Balkans in that time, Environment and Energy Minister Kostas Skrekas said on Thursday in Bucharest, at the Ministerial Council of the International Natural Gas Conference. Skrekas presented the Greek government’s strategy for ensuring sufficient energy supplies ahead of the coming winter, as well as the substantial assistance provided by Greece to the states of the region by supporting their energy supply.

In particular, the minister referred to:

* The reduction of domestic natural gas consumption in September by 40 pct, compared to last year.

* The record imports of liquefied natural gas (LNG) arriving at Revythoussa, as vessels at the terminal have almost doubled. Already since June, LNG regasification capacity has increased by 12 pct.

* The launch of the commercial operation of the Greek-Bulgarian pipeline on October 1.

* The contribution of the TAP pipeline, which so far covers almost 20 pct of domestic consumption.

“Greece has always been a pillar of stability, energy security and diversification in the wider region. We have completed important energy infrastructure projects while proceeding with the implementation of critical infrastructure that will further strengthen Greece’s energy competitiveness. The IGB pipeline is ready to operate while the FSRU at Alexandroupolis will be completed by the end of 2023. Combined with the new stations at Corinth and Alexandroupolis, already under construction, LNG capacity in Greece can exceed 20 bcm in in the next three years,” Skrekas underlined.

He also referred to the national energy strategy for accelerating the green transition, pointing out that Renewable Energy Sources now represent 40 pct of the country’s energy mix and are expected to reach 60 pct in the next three years, while RES production is expected to reach the record level of 20 TWh this year.