The Hellenic Authority for Communication Security and Privacy wants further investigation of possible improprieties in the approval of surveillance by prosecutors with vague invocation of ‘national security’. 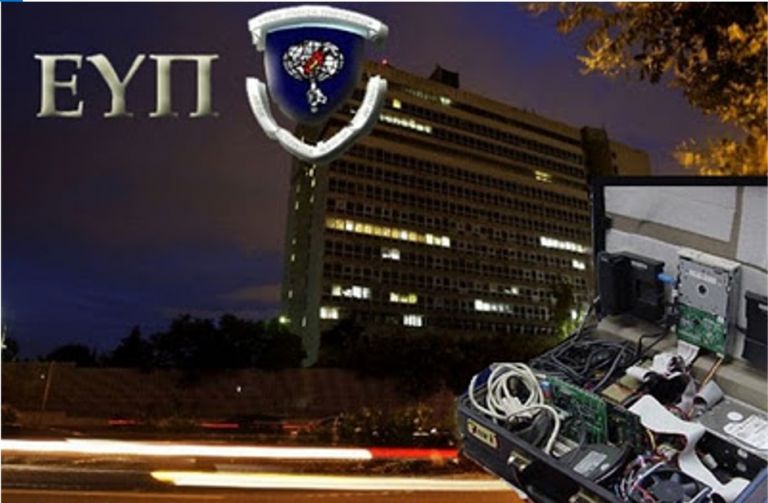 The Hellenic Authority for Communication Security and Privacy (ADAE) in September will acquire a “secret” electronic-digital archive that will automatically reveal the illegal surveillance of politicians, journalists, and others – beyond that of PASOK-KINAL leader Nikos Androulakis and two journalists that recently came to light and have stirred a political maelstrom.

The archive, as the Sunday To Vima reveals, will be able to automatically detect whether a telephone number was or still is on the surveillance list of the National Intelligence service (EYP) and of Greek Police (ELAS).

That was not feasible until now because all related documents were only on paper and ADAE did not have the ability to properly process and juxtapose data.

ADAE raises questions regarding possible violations of rule of law

ADAE in its most recent report underlined the need for further investigation and of the danger of improprieties in the approval of surveillance by prosecutors without presenting any specific rationale for the surveillance [when the authority seeking the surveillance invokes reasons of “national security”, with no further clarification].

Questions arise from the fact that individuals close to Prime Minister Kyriakos Mitsotakis’ chief of staff, Grigoris Dimitriadis, who resigned on 5 August, told To Vima that he had no knowledge of the surveillance of Androulakis, and that he and the PM were informed simultaneously.

“He would be naïve to get involved in the surveillance of a political div and thus harm the government when that would be revealed,” the source said.

The surveillance of Androulakis appears to have occurred in two phases, with the involvement of both Greek and foreign private parties who are linked to Predator spyware, which was used in an attempt to hack Androulakis’ phone in September, 2021.

It appears that both EYP, and other parties, were using Predator spyware, to surveille journalist Thanasis Koukakis.

An article in the Israeli daily Haaretz said that in Greece the Intellexa Company, in which private individuals who have a direct or indirect politicians appear to be shareholders, is responsible for the management of the [Israeli made] Predator software.

Warnings of an ‘aberration’

The new electronic archive of people being surveilled by EYP and ELAS (an estimated 20,000 annually) will be created by ADAE, despite the concerns of security authorities that the names of those being wiretapped might be leaked.

Data from years prior to the establishment of the database will gradually be included.

According to an internal document, until now the authorities that issued requests for the lifting of communications privacy legal protections submitted them on paper and that did not allow a proper electronic processing of the data by ADAE.

The ADAE document states that, “In the lifting of confidentiality [of communications] for reasons of national security, the law does not provide that the related decision be justified [by the competent authorities requesting an order]. Although it is obvious that this choice by legislators is linked to the need to protect information pertaining to the hard core of the state and its security, the aforementioned absence of a requirement to provide a rationale for the suspension of the communications privacy law must be underlined.”

“Omitting a justification [for surveillance] rules out both the possibility of judicial review for the enforcement of the extreme limits of discretion [of the authority requesting a surveillance order], and the enforcement of the principle of proportionality – which raises discrete issues regarding authorities and the minima [minimum guarantees] of the rule of law,” it stressed.

The European Commission, in a letter dated 29 July, requested further information on the use of Predator spyware in Greece, an EU official speaking on background told To Vima, due to articles on its use that were included in the EU’s 2022 Rule of Law Report. Other member-states – including Poland, Hungary, and Spain – were also asked to provide information.

Coincidentally, on the same day that the letter was dated, the Greek Parliament’s competent Committee on Institutions and Transparency discussed the “Predator affair”, as Androulakis three days earlier, on 26 July submitted a lawsuit to the Greek Supreme Court (Areios Pagos) seeking a probe and prosecution of those who attempted to target his phone with that particular spyware.

Allegations Androulakis was targeted because he supported China as MEP

Some politicians still insist on the unlikely account that the intelligence services of Armenia and Ukraine asked Greek authorities to surveille one of Greece’s own MEPs, Androulakis [although the embassies of both countries in Athens have denied the allegation], because of his supposed support of the Chinese regime as an MEP. [It is unclear why two non-EU member-states would have an interest in a Greek MEP’s views or stance toward China] and with what rationale competent Greek authorities could possibly have approved such a request.