‘If a Muslim MP might give information to [Turkey], from where migrants can enter the country, why should he not be checked [surveilled]? Here national security takes precedence.’ 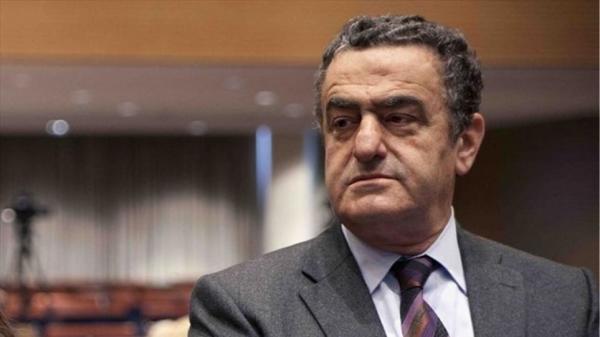 Amidst a political uproar over the National Intelligence Agency’s tapping of the phone of centre-left Pasok-Kinal leader Nikos Androuakis, New Democracy MP Charalambos Athanasiou, the second deputy speaker of Parliament and a former justice minister, cited Muslim MPs of ethnic Turkish origin as an example of legitimate surveillance of an MP by Greece’s National Intelligence Service for reasons of “national security”, a criterion set by the Greek Constitution.

The statement, which comes at a time that Turkey is vociferously claiming that Athens does not respect the rights of the Muslim community of Western Thrace, was a response of the former justice minister to a journalist’s question on whether it is legal for EYP to conduct surveillance of MP’s.

Though the Muslims of the region are of three different ethnic backgrounds – Turkish, Pomak, and Roma – Turkey claims that they all together constitute a “Turkish Minority”.

The Lausanne Treaty of 1923 – which Turkish President Recep Tayyip Erdogan cites in demanding that Athens strip its Eastern Aegeam islands of its defences – specifically recognises only a Muslim minority in the region, whose rights are protected and respected, as Athens repeatedly declares, and no ethnic minority.

“Otherwise, he will prove that he is behind such unacceptable remarks.”

Blatant Religious prejudice, a Muslim MP could spy for Turkey

Athanasiou in a supposedly hypothetical example linked Muslim MPs in Greece’s Parliament with possible espionage on Turkey’s behalf due to their religion.

“Let us suppose that an MP has a religious orientation different than that of Orthodox people, a Muslim MP from northern Greece – this is not a barb, God forbid. If we take the example that he might give some information to our neighbouring country [Turkey], from where migrants will enter the country and so forth, why should he not be checked [surveilled]? Here national security takes precedence,” Athanasiou declared.

In what many MPs and scholars (including constitutional law professor and former PASOK leader Evangelos Venizelos) have said is a specious argument, Athanasiou asserted that there is no protection of privacy in MPs’ communications when national security is at stake.

He cited a provision in Article 19 of the Constitution that states: “A law determines the guarantees under which the judicial authority is not bound for reasons of national security by [laws protecting the] confidentiality [of communications]”.

Neither the government nor EYP have so far maintained openly that Androulakis, who was a European Parliament deputy and a candidate for his party’s leadership when his phoned was tapped), was placed under surveillance for reasons pertaining to national security.

“I flatly condemn the public position-statement of the deputy speaker of Parliament, Charalambos Athanasiou, who is reviving the theory of the internal enemy in the persons of people of other faiths, and Muslim MPs in particular. This statement, beyond the spirit of bigotry which it brings to social mores, renders every minority MP suspect of treacherous actions, and thus worthy of being placed under surveillance,” Ilhan tweeted.

“The country’s political system and Parliament have a duty to defend the constitutional liberties of citizens and not to create distinctions between MPs based on their religious convictions. After the case of our party president, Nikos Androulakis, we are confronted with a new institutional affront,” he concluded.