Acceleration of seismic surveys, announced by Alexandra Sdoukou at the OT FORUM – What revelations about hydrocarbon deposits in Greece were made at the two-day conference by upstream experts 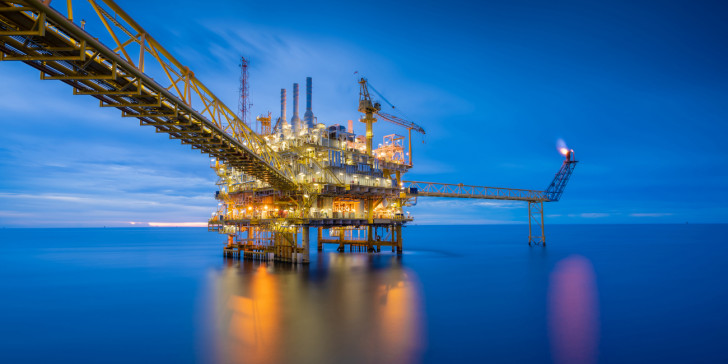 During the week, if all goes as planned, the announcements of the Prime Minister Kyriakos Mitsotakis are expected for the strategy that Greece will follow in order to explore and exploit possible natural gas deposits in its offshore and land concessions.

The Secretary General of Energy and Mineral Raw Materials of the Ministry of Environment and Energy Alexandra Sdoukou already speaking at the 1st OT FORUM gave a taste of the interventions prepared by the government and after reminding that he “the prime minister gave the message to” restart ” we are accelerating our efforts at least at the level of seismic surveys “.

Thus, according to the information available to OT, the package of announcements of Kyriakos Mitsotakis will include the acceleration of seismic surveys in offshore and land blocks that have been granted in previous years to oil groups.

At the same time, the Prime Minister might announce a series of other interventions that will limit the licensing times of companies in such investments.

The resumption of exploration and exploitation of possible natural gas fields was opened by Mr. Mitsotakis himself on the occasion of the need for energy independence from Russia. A need that arose after its invasion of Ukraine.

The interest in the existence of possible natural gas deposits is mostly focused on Crete.

At the OT FORUM, Dr. Spyros Bellas, Geologist, Principal Investigator at the Institute of Geoenergy of the Institute of Research and Technology (IG / FORTH) in Crete revealed that “after the existing hydrocarbon research in Greece, the goals that have been further exploratory drilling in our country. “The targets”, as he said “are numerous and are determined as eight to ten in each region of Crete, in three to four in the Ionian and as many in the region of Kyparissiakos. “Natural gas can generally contribute to achieving environmental goals in the second year, as it has been classified as an energy fuel for renewable energy sources,” he said.

In addition, according to information published by the newspaper NEA on Saturday, April 2, a behind-the-scenes consultation between the government and French TotalEnergies is underway, for the future of their investigations into the two promising maritime concessions that they have leased by law since 2019. These are the blocks “West of Crete” and “Southwest of Crete”, in which TotalEnergies is the operator of the consortium with the companies ExxonMobil and Hellenic Petroleum.

For the two concessions based on the lease agreement of the Greek state with the three oil companies, the first phase of the basic stage of their research program ends in October.

Discussions between the government and TotalEnergies (operator of the consortium) have to do with future intentions. That is, whether there is their investment disposition for the continuation of the second phase of their program, which includes conducting seismic surveys in the two blocks with a special vessel. For that to happen, sources say, investors will have to ask for an extension of their plan, which expires in October.

OT sources therefore emphasize that the announcements of the prime minister will include the intentions of the employees of the two maritime concessions of Crete.

Giannis Grigoriou, Vice President of the Continental Europe Energy Council, also spoke at the OT FORUM about the dynamics of natural gas deposits in Greece. He revealed that according to studies by the Hellenic Hydrocarbon Management Company – EDEY and the Greek Energy Forum – GEF, these deposits will be able to cover in the long run even 15% to 20% of the needs of the entire European Union. According to him, the natural gas deposits that may exist in Greece, from Corfu to Crete and Kastellorizo, are estimated at 70 to 90 trillion cubic feet – or 2 to 2.5 trillion cubic meters – of natural gas which if utilized can adequately be an energy treasure trove.

In order for this to happen and for giant companies in the field of global energy to continue to show interest that could contribute to their utilization, as he noted, the question is to have a long-term political will and the adoption of a similar energy strategy by all governments.

The full development of deposits that can be found in Greece requires at least 3.5 years, which is the minimum for the project and the exploitation of deposits to proceed, as noted by Mr. Bellas on his part at the OT FORUM. He pointed out that the opportunity for the exploitation of large potential deposits has not been lost and that by opening the relevant chapter again, the possibility of finding partners in joint ventures would help to make progress, as well as to give relevant extensions to licenses, etc. .

The overall exploitation of gas fields in the Southeastern Mediterranean also brought to the fore the EastMed pipeline, which the United States had politically torpedoed… before the outbreak of war in Ukraine.

Professor Theodoros Tsakiris, Assistant Professor of Geopolitics and Energy Policy at the University of Nicosia praised at the OT FORUM the great importance that the construction of the EastMed pipeline would have for Greece, despite the difficulties that seem to exist today. As he mentioned, there are three main reasons in favor of the development and construction of EastMed.

First, the conditions of the energy crisis from the war in Ukraine create a new situation for the demand for gas and the replacement of the Russian supply system. Second, the pipeline can be constructed as a transport and hydrogen infrastructure. In this way it will be compatible with the energy transition in the medium to long term and will help both the environment and its costs. Finally, such a pipeline would offer a significant diversification strategy for energy sources or countries through which the pipelines pass – and, above all, a diversification strategy for Russia and Turkey, he said.