Editorial: The price of foolishness

The ruling party’s objective is to establish a hegemonic political role and to prevail ideologically by undermining any opposition activity, and thus to entrench and extend its own rule indefinitely. 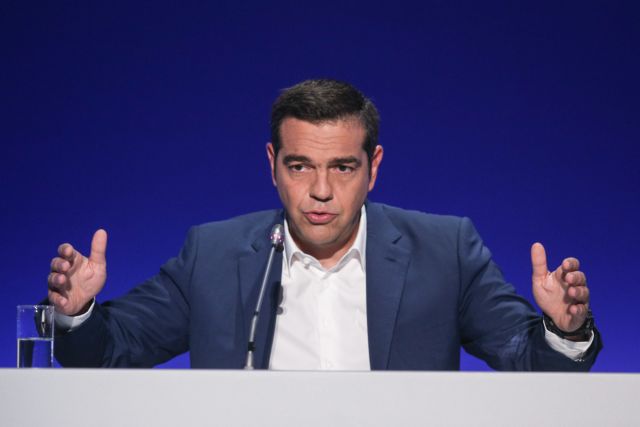 The government conducted politics over the last nearly four years in an aggressive and absolutely accusatory manner.

There was sharp rhetoric, easy accusations, and characterisations that were unprecedented in the annals of Greek political history. The leadership and members of SYRIZA indiscriminately and unabashedly depicted their political opponents as either traitors or thieves.

While in the opposition, the party favoured – if indeed it did not guide –attacks, invective, and a general climate that public humiliation of the then ruling coalition parties.

Once in power, one of SYRIZA’s central political choices was to highlight the alleged moral decrepitude of others. It used the state, banks, and naturally the judiciary as instruments to disseminate this message.

It set up parliamentary investigative committees, organised or even manufactured charges in an effort to expose everyone and everything and to harm and render untrustworthy all previous government.

The ruling party’s objective is to establish a hegemonic political role and to prevail ideologically. It seeks to undermine any opposition activity, and thus to entrench and extend its own rule indefinitely.

Politicians, businessmen, bankers, and publishers were nonchalantly presented to the public as enemies of the people.

In short, there was an effort to shape a climate of generalised denunciation of all those who disputed the choices of the Tsipras government.

Despite all that, the ruling moralists, assessors, and castigators were betrayed by their works and days. As time went by, the heavy charges that they unleashed at times against their opponents boomeranged.

Already from 2014, when the prospect of coming to power emerged, and more systematically after the 2014 European Parliament elections, SYRIZA intensified its contacts with the domestic business community and others.
Those in the know had heard and pretty much knew of the activities of prominent ruling party cadres. Secret meetings, unbefitting gatherings, discussions, and crude agreements – with those who until the day before they called “class-based opponents” – were the order of the day.

Even then in Athenian circles there was a pervasive sense that SYRIZA was “negotiating” with a host of business figures, especially with the “weak links”- vulnerable entrepreneurs and those who had pending issues – economic, judicial, and other types – with the state.

When they were elected and the management of the country’s affairs was assigned to them, the “negotiations” took on greater proportions – they were broadened and generalised. The “heroes” of these storied contacts were particular Jacks of all trades, who pulled all the stops.

The revelations over the last few days are merely the tip of the iceberg of these scandalous “negotiations”. One of the errand boys of the new power system made a mistake that is common among those who climb the ladder to become nouveaux riches – self-promotion and an opulent lifestyle.

By all appearances, he was used as a messenger pigeon and a courier of goods and services.

When his flaws came to light, he was swiftly abandoned by his “most honourable” governmental friends. Disappointed by their stance toward him, he began to go about Athens recounting sordid stories.

Scared and uneasy, the erstwhile friends hanged him out to dry. They refused him and now act as if they do not know him.

They should know that nothing is hidden under the sun. Sooner or later everything will be revealed. It is just a matter of time.

That is at once the price of imprudence and confirmation of the Biblical proverb: Live by the sword, die by the sword.