Editorial: The truth about ‘big numbers’

The ruling party, dominated by ideological fixations and other inhibitions, did not manage to exploit the structural adjustment that was achieved during the years of the crisis. 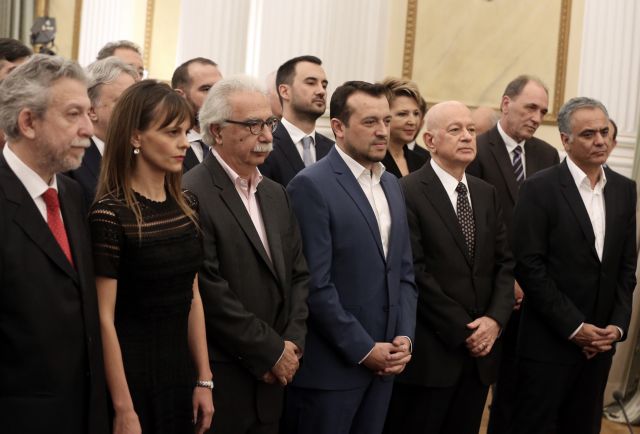 Political developments appear to have taken their course.

The government is gradually exhausting the useful time it has left and nothing appears able to change the prevailing currents of wear and constant retreat.

Neither inititatives for constitutional amendments, nor persistent scandal-mongering, nor the impending disbursal of benefits to targeted groups of the population, are enough to change the current political conditions , which are unfavourable for the government.

The ruling party, dominated by ideological fixations and other inhibitions, did not manage to exploit the structural adjustment that was achieved during the years of the crisis. It lost precious time and appears to have missed the train of growth.

In any event, in the few months remaining until the country formally enters the pre- electoral period, the government cannot create expectations of for a revival, or hope for the country and its citizens.

It is not in a position to address the universal demand of Greek society for new jobs, which are the only thing that permit an improvement of economic and social conditions for millions of embattled Greek families.

On the contrary, intra-party clashes and disputes – which is common among left-wing confederative parties such as SYRIZA – confirm the ruling party’s difficulty and inability to solve major issues.

Mr. Tsipras and his team no longer instill hope and expectations.

The slogan “hope is coming”, with which SYRIZA won two elections, was undermined in practice, and was lost during the adventures of the government’s four years in power.

Those who monitor the course of the “big numbers” say that Mr. Tsipras and his dedicated inner circle are acting in vain.

The “big numbers” always tell the truth, and the ruling party is not ahead in any of them.

From the polling question of who citizens believe will win the next elections, to who is the most  qualified to be PM,  to voter intention, the ruling party lags substantially.

In that sense, one must view as desperate any effort to improve conditions.

The question is how much they will harm the country in their effort to remain in power a bit longer, and what baggage they will leave for the next government.