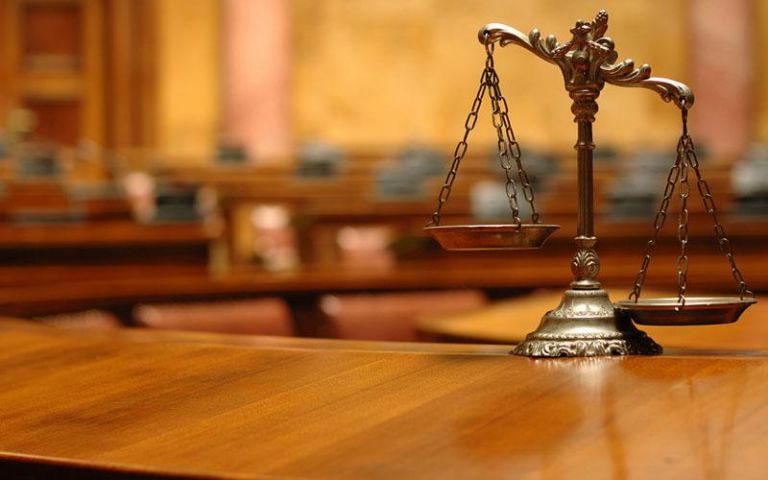 The attack against former Corruption Prosecutor Eleni Raikou and her response reminded us of the miserable manner in which Alexis Tsipras’ government handles cases involving intertwined vested interests and corruption.

This attack reveals the perception that it does not matter if there is evidence that wraps up a case, or whether a judicial file is sufficiently substantiated to be tried.

The basic objective is to satisfy the desire of the electorate for “catharsis”.

The aim is for the public to see charges being filed and certain people being tried in court, and for people to imagine that there will be convictions.

It should be noted that Raikou handled some of the biggest corruption cases in Greece. In March, 2017, she resigned from the position of corruption prosecutor, because while she was collecting evidence in the Novartis scandal case, including evidence proving that state officials received kickbacks, journalist-publisher Kostas Vaxevanis’ newspaper Documento reported that she had allegedly been charged with hiding evidence in the cases of businessman Thomas Liakounakos and former finance and defence minister Yannos Papantoniou, even though she had contributed decisively to prosecuting those cases.

In asking the Supreme Court Prosecutor to replace her as corruption prosecutor, Raikou had stated the following in her resignation letter:

“Madam Prosecutor, I request that I be replaced, because I refuse to be used as an “Iphigenia” on the altar of the interests of corrupt state functionaries and big interests in the pharmaceutical industry which obviously – in light of the revelations which were leaked and which would certainly lead them to be tried in court, and perhaps lead some to prison – did not hesitate to plan my moral annihilation, in order to deconstruct our investigation…Because I have been targeted by extra-institutional centres of power and corruption, whose only concern is to cover up for corrupt state functionaries, who diachronically have taken millions of euros, and who maniacally seek to annul my work and to impede the aforementioned investigation, and not just that, and because I do not feel that I enjoy the institutional protection to which I am entitled, I request that I be replaced.”

Raikou’s problems did not end there. Vaxevanis’ Documento attacked her again, with charges that her husband was being bribed by Novartis.

Her response to the new attack came in the form of a statement by people in her circle, who revealed the manner in which the SYRIZA-Independent Greeks government acts on judicial issues.

This time, Raikou’s target was not Vaxevanis, who was merely a transmitter, transmitting what the government had dictated to him. Vaxevanis has been divorced from real reporting for many years.

The real target, even if she did not name him, was Alternate Justice Minister Dimitris Papangelopoulos, the very man who recently defended Alternate Health Minister Pavlos Polakis, when the latter said that SYRIZA “should put some people in jail”.

Note what the people in Raikou’s circle said: “The curtain is being raised today as regards revelations about the actions of the said gentleman[Papangelopoulos], with a focus on the constant interventions to which she [Raikou] was subjected during her second term as Corruption Crimes Prosecutor, when, exploiting his political power with the demeanour of a ‘pimp’, he attempted to dictate how certain crucial cases would be handled. At times, he demanded that criminal prosecution commence immediately, and when she countered that the legal preconditions for prosecution were not met, he exerted insufferable pressure, saying, “You prosecute and let them be acquitted afterwards.”

In the cases of other people whom Papangelopoulos wanted to help, he pressingly demanded that the cases be closed and placed in the archives.

The future will reveal things that transcend the imagination of the average person. She is certain that with time, many of her colleagues who fell victim to his practices will talk. In her village, they say that “We made the wolf protect the sheep.” She is patient, and in no rush.

These statements unfortunately confirm what we knew from press reports.

Today, the government’s political machine – either through Papangelopoulos or former justice minister Stavros Kontonis or, previously, through Defence Minister Panos Kammenos – is trying to manipulate the judiciary.

That manipulation occurs on many levels. It seeks to give the impression that the government is “chasing after corruption and vested interests”.

In fact, it is merely showing off, mainly by launching with fanfare various probes, which then lead nowhere, but in the interim have “done the job”.

That means either the communications “job” of conveying to the media an image of a government which will “put the scum of the earth in jail”, or the political “job” of targeting politicians and businessmen, who instead of doing their job will run around to relieve themselves of the stigma of an unjust prosecution.

In reality, this government is indifferent to whether these trials can actually lead to convictions.

One has governmental pressures from Papangelopoulos on the one hand, and on the other various interventions by Kammenos and Kontonis, along with Polakis touting it all with public rhetoric. That is how the system works.

If anyone reacts or wants to do their job normally, there are all kinds of “documentos” that can offer “revelations”, besmirch, and blackmail.

That is one of the most dangerous decisions made by the SYRIZA-Independent Greeks government, because it can cause harm in a variety of ways.

Case files that have been drafted hastily, under pressure, and without evidence, turn out to be the joy of defence attorneys (and the scum of the earth have the money to hire the very best).

Targeting without evidence reflects a desire to take judicial hostages, even if they know from the start that there will be an acquittal in the end.

Society becomes habituated to the idea that everyone indiscriminately is corrupt and that prosecution is part of a setup, and it loses trust in the judiciary and institutions.

That is when society loses trust in the judicial system and in democracy.