Tsipras underlined that he accepted the Global Hope Coalition award for Greece’s stance on the refugee crisis on behalf of the Greek people, and that it is they who deserve the recognition and praise. 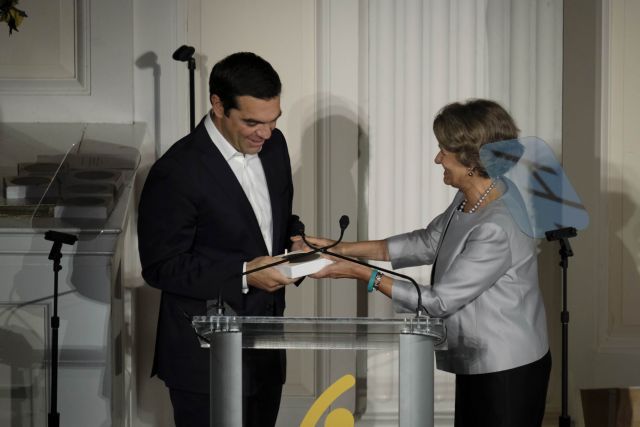 “The Greek people, at very difficult moments, proved that it can show solidarity in to those in need,” PM Alexis Tsipras told the Global Hope Coalition yesterday, in receiving an award in New York for Greece’s stance in addressing the refugee crisis.

Tsipras underlined that he accepted the award on behalf of the Greek people, and that it is they who deserve the recognition and praise.

He said that is especially true for the residents of the Aegean islands, which have been the point of entry into the EU of large numbers of refugee and migrants.

Tsipras said that they shouldered the heavy burden of all of Europe in the difficult moments of the refugee crisis.
“If it were not for my compatriots, it [the migration crisis], it could not have been handled effectively by European and international institutions,” Tsipras said.