The much-touted return to the markets has not materialised, and it appears that it will not happen in the foreseeable future. 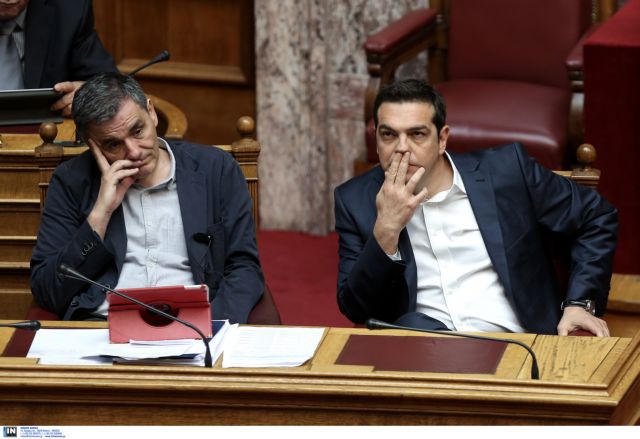 Following the addresses and news conference of party leaders at the Thessaloniki International Fair, by all accounts the country has entered a tough and protracted pre-electoral period, of undetermined length.

The government has opted for high-pitch rhetoric, and there have been daily tensions since early September.
The political setting is dominated by polarisation and divisions that do no befit the position and situation of the country.

It seems that everything is almost ready to be sacrificed solely for the sake of political power.

It is indicative that the prime minister and his closest associates are attacking everyone, especially anyone who criticises them and hastens to underline that the narrative about the end of the bailout memorandums does not suffice, and that a fiscal derailment and backpedaling are impermissible.

The truth be told, Greece, despite the completion of the fiscal adjustment programme, remains bound and dependent. The revelation that even archaeological sites have been bound by creditors and partners is indicative, and they view the course of Greek affairs with suspicion and reservations.

The much-touted return to the markets has not materialised, and it appears that it will not happen in the foreseeable future.

The economy remains underfunded. Greek banks are vulnerable to external economic developments, and are seeking time and money, which no one is prepared to offer. Meanwhile, the private sector is confronted with enormous challenges and over-taxation, and is struggling to stay on its feet.

There is a common conviction that a number of small parties that are fighting for their survival can be swept away by the first winds.

This is all the more true when the international environment is unstable and in flux. The European Union, which was once a source and foundation of stability, is being tested by a rising national populist current that seems able to unsettle its cohesion, casting doubt on long-planned steps toward a deepening of its unification.

In short, Greece is a long way from the return to the normalcy advertised by the government.

The trust of the international economic community has yet to be won and is still being sought. The tolerance that was built by a harsh fiscal adjustment and the countless sacrifices of the Greek people can be revoked the moment that a fiscal derailment is discerned.

The situation does not permit games of political survival, with ill-considered handouts or unilateral violations of commitments and obligations.

All available national resources should be directed toward bolstering growth and creating a strong investment climate, which will allow the country and its economy to regain trust.

The real end of austerity will come only when the Greek economy manages to escape the grip of latent default and low growth rates. For Greece to exit the crisis, it will take an annual growth rate of 4.5 to five percent over the next five years.

A weak growth rate, of around two percent, does not allow for optimism, as it can only guarantee stagnancy.

The prime minister cannot afford to turn a blind eye. One cannot achieve the goal of recovery for the economy and the country with electoral tricks and a policy of social benefits and paltry handouts.

Such a tack is a prescription for a national retreat and an economic disaster for the citizenry, in the name of which, unfortunately, all political crimes are committed.