Christos Kopelouzos confirmed the interest of the Kopelouzos Group, which already has a five percent stake in the Athens airport. 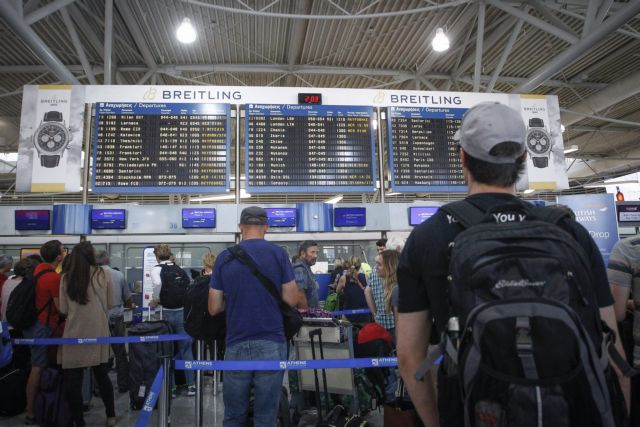 The way has been paved for a 30-year extension of the concession of Athens’ Eleftherios Venizelos International Airport, and the first signs of interest in the next state of privatisation, which includes a 30 percent stake in the airport.

On the sidelines of a ground laying ceremony for the new terminal of Thessaloniki’s Macedonia Airport, Christos Kopelouzos confirmed the interest of the Kopelouzos Group, which already has a five percent stake in the Athens airport.

The Group has a 16.6 percent share in Fraport Greece, which manages regional airports, as Slentel at the beginning of 2018 sold a 10 percent stake in the Marguerite Fund.

The revival of interest is no coincidence. Following the approval, by Board of the Hellenic Republic Asset Development Fund (HRADF), of the greatly improved offer of 1.38bn euros for an extension of the concession until 2046, the way was opened for a tender offer for the 30 percent stake that is owned by HRADF.

That is expected to increase the revenues of the privatisation programme (including the extension) by over two billion euros.

The terrain of interested investors is expected to become clearer just before the extension deal is concluded.
The concession extension dossier must then be submitted to Greece’s Court of Audit for a mandatory pre-contract review.

Then, the dossier must once again be reviewed by the European Commission’s Directorate General for Competition.