Lafazanis: “Tsipras should withdraw the agreement”

The agreement reached in Brussels on Monday morning has caused major uproar in SYRIZA, with the head of the Left Platform… 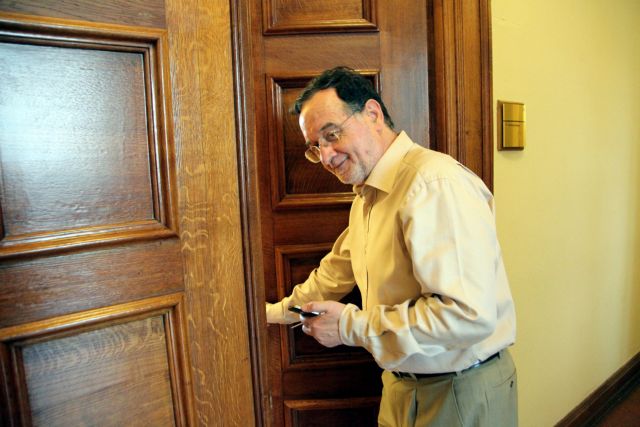 The agreement reached in Brussels on Monday morning has caused major uproar in SYRIZA, with the head of the Left Platform and Minister of Productive Reconstruction Panagiotis Lafazanis urging the Prime Minister Alexis Tsipras to withdraw the agreement.

In a statement, Mr. Lafazanis argued that the agreement is unacceptable and underlined that the country’s partners, particularly the German leadership, treated Greece as if it were a colony. The Productive Reconstruction Minister called Greece’s partners “brutal blackmailers and financial assassins”.

The Minister concluded his statement by stressing that Greece had and still has an alternative to the agreement and claimed that the dilemma posed by the creditors – agree or face catastrophe – was false, terroristic and against the people’s will, as expressed in the recent referendum, which was an overwhelming no to further austerity. Although he appears unwilling to resign voluntarily, sources suggest he will step down if the is asked to do so by the Prime Minister.

Mr. Lafazanis however is not the only SYRIZA MP or Minister to express objections to the agreement, as more MPs did not formally authorize the PM to enter the negotiations for the agreement that was reached in Brussels on Monday. In Friday’s vote in Parliament, the Alternate Minister of Social Insurance Dimitris Stratoulis voted ‘present’.

So far the Alternate Minister of European Affairs Nikos Hountis has resigned from his cabinet position and as a Member of Parliament. Mr. Hountis was amongst a group of 15 MPs who while authorizing the PM to enter negotiations, stressed they would not support the agreement if it includes further austerity measures.