Sallas: “The banks are ready to implement the ‘bad loans’ law” 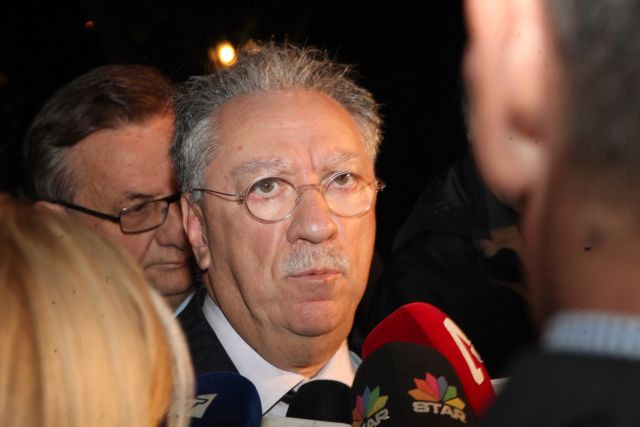 The Tuesday-afternoon meeting between the Prime Minister Antonis Samaras and government Vice President Evangelos Venizelos, with the governors of the four systemic banks – the National Bank, Alpha Bank, Piraeus Bank and Eurobank – lasted about two hours.

The Greek banking system after the recent stress tests, along with liquidity in the economy and the bad loans were at the top of the agenda. The bankers seem to have declared their intention to carry out settlements, provided the relevant legislative framework is implemented.

The president of the Piraeus Bank Group Michalis Sallas [pictured] commented that there was no possibility of unfreezing the auctions of primary residences and stressed that the banks are prepared to begin implementing the bad loan settlements, as soon as the relevant bill is passed in Parliament.

Mr. Sallas revealed that the post-stress test banking developments were discussed and there was optimism for funding the economy. With the rate of growth projected to be about 2% to 3%, Mr. Sallas was confident that the systemic banks will be in the position to support government plans.

Also present at the meeting were the Minister of Finances Gikas Hardouvelis, his deputy minister Christos Staikouras, the newly-appointed Minister of Growth Kostas Skrekas, along with the representatives of Alpha Bank Dimitris Matzounis, for the National Bank of Greece Alexandros Tourkolias and for Eurobank Christos Megalou.