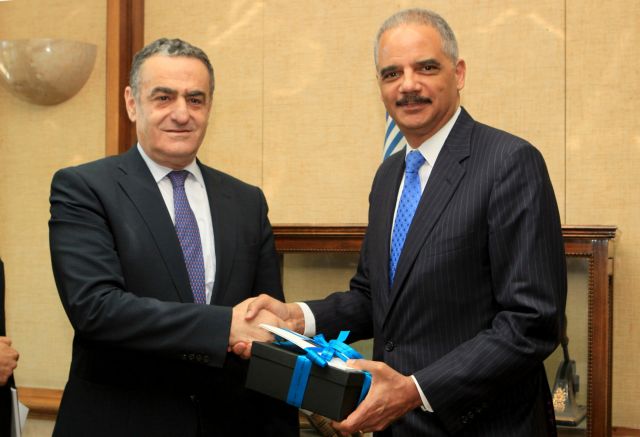 The Minister of Justice Charalambos Athanasiou met with the US Attorney General Eric Holder on Monday and discussed international developments after the Snowden revelations.

The two met as part of the upcoming EU-US ministerial meeting on Justice and Internal Affairs that will be held in Athens on Wednesday. The American official stated that Greece is one of the USA’s most important allies and praised the ties between the two countries.

The protection of personal data was at the top of the agenda, with Mr. Athanasiou noting that an agreement will be reached that ensures human rights and public security. Mr. Holder added that the USA would not accept a deal that would undermine the cooperation achieved through bilateral agreements with European countries.

Additionally, the US Attorney General praised the Greek presidency of the EU and invited Mr. Athanasiou to visit Washington in order to discuss Justice matters to a greater extent.