Ministry of Growth to issue decree for seven-day store operation 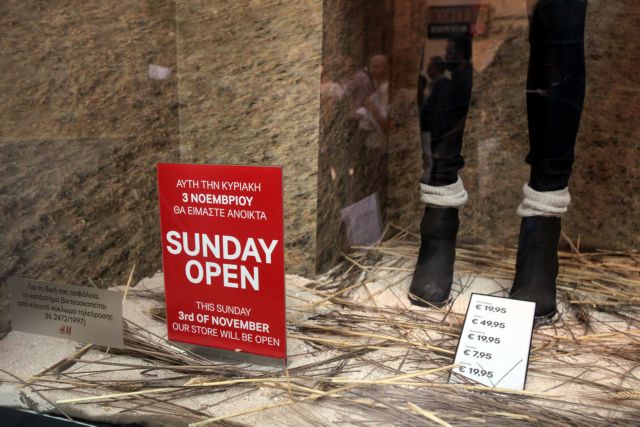 The Minister of Growth Nikos Dendias and his deputy Makis Giakoumatos are going over plans to issue a decree in order to allow stores in designated tourist areas to operate all week long, including Sundays.

Deputy Minister Giakoumatos told To Vima about the particulars of the draft, insinuating that changes will be made to it before the decree is issued on the 7th of July. The new leadership of the Ministry wants to revise the draft and as such has reinstated ESEE president (and New Democracy MEP candidate) Vasilis Korkidis as an interlocutor regarding trade and the markets.