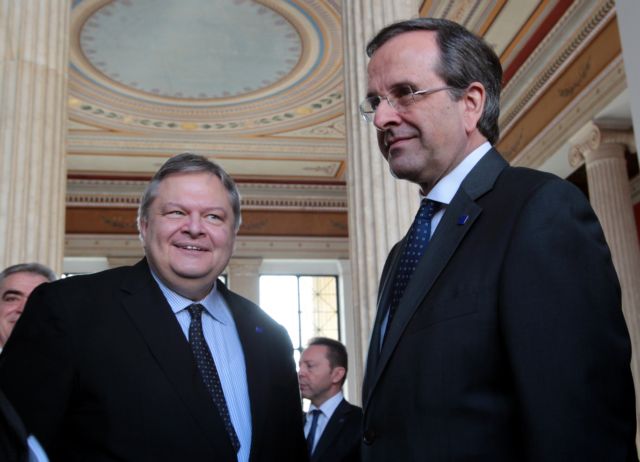 The Prime Minister Antonis Samaras and Government VP Evangelos Venizelos appear to have come to an agreement regarding the latest university employee strike.

According to a statement made by government spokeswoman Sofia Voultepsi, the government will open 600 positions in university administration and announced that an employee review will take place.

This solution appears to satisfy the Minister of Education Andreas Loverdos, who clashed earlier in the week with the Minister of Administrative Reform Kyriakos Mitsotakis after arguing that no dismissals would take place.

Mr. Samaras and Mr. Venizelos discussed the possibility of reexamining the issue of public sector suspensions and dismissals, after however discussing and evaluating the matter the troika.

Venizelos to convene with PASOK ministers

The PASOK leader has arranged a meeting with his party’s cabinet ministers and deputies on Monday in order to establish a party line within the government on critical mattes such suspensions, privatizations, collective dismissals etc, in light of the upcoming talks with the troika.