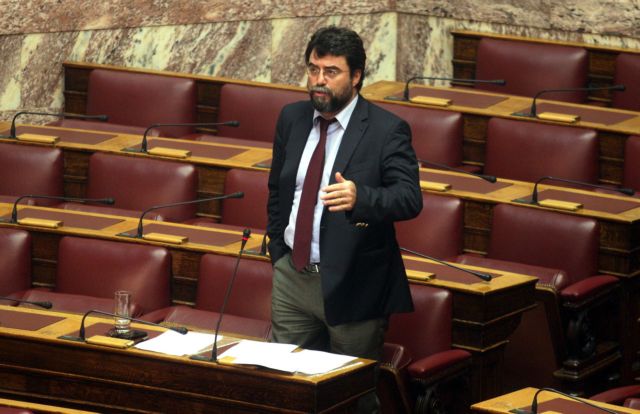 On Friday morning MP Vasilis Economou informed the President of Parliament Evangelos Meimarakis in writing of his decision to leave DIMAR’s Parliamentary Group.

In his letter to the President of Parliament, the now-independent MP reports his significant disagreements with the party’s leadership and inability to carry on being a party member.

Mr. Economou also cited “the reluctance of the Democratic Left to cooperate with the rest of the existing Center Left forces, the profound lack of interest in the opinions and positions of MPs who do no agree with dominant opinion and the party majority’s intention to refuse all possibility of a government proposal from the united center left” as the reasons for his departure.

DIMAR responded with a written statement, arguing that «with Mr. Economou’s departure […] a long period of problematic relations and obvious differences, which were dictated by personal choices, is coming to an end«.