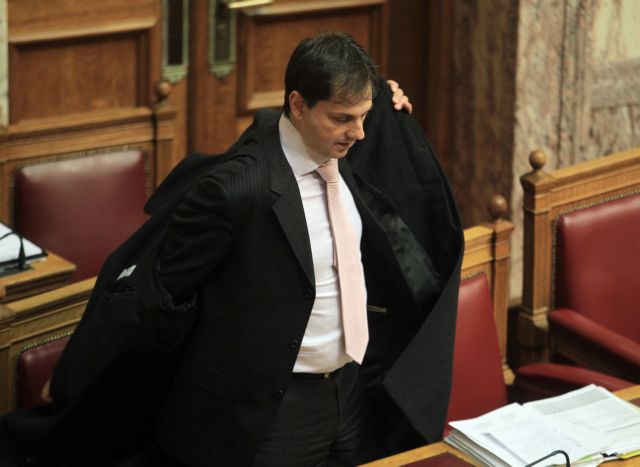 The Minister of Finances announced that he has accepted the resignation of the General Secretary of Public Revenue Harris Theoharis, after much speculation in recent days. The Minister Yannis Stournaras explained that Mr. Theoharis cited “personal reasons” in his resignation and thanked him for his efforts and contributions.

Mr. Theoharis met with the Minister of Finances and the Prime Minister’s close associate Stavros Papastavrou on Thursday earlier in the morning. They were later joined by Mr. Stournaras’ consultant, Nikos Karavitis, who is rumored to be Mr. Theoharis’ successor.

The troika also appears to have been informed of Mr. Theoharis’ upcoming replacement prior to the Thursday morning meeting. This development does not appear to come as a surprise though, as government officers had recently cited problems in their working relations with the former General Secretary.

In recent times the General Secretary took a number of initiatives which had a political cost and displeased the government, while Mr. Theoharis had complained that he was being targeted for the government’s political decisions.