Euroferry Olympia: Information for another 4 or 5 survivors on the burning ship

During his rescue operation, the 21-year-old Belarusian who was rescued reportedly told the rescue team that he did not see any more alive, but heard voices. 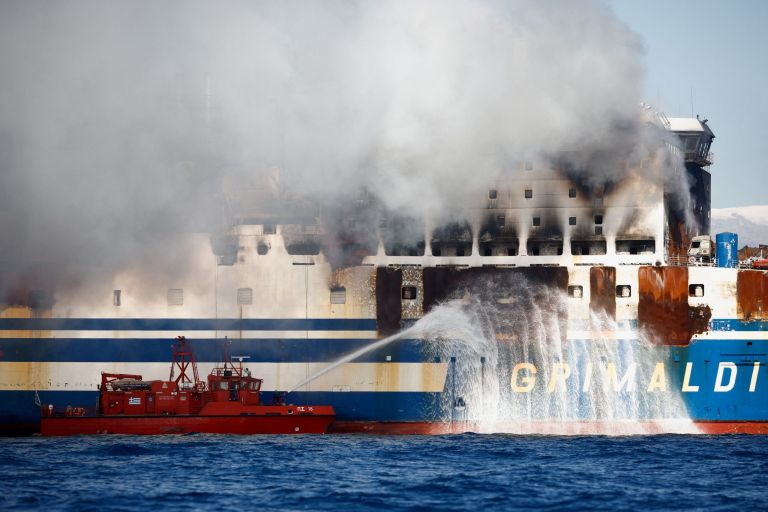 Information concerning 4 or 5 more survivors of the 11 missing on the burning ship Euroferry Olympia, which, however, have not been confirmed at the moment, are at the disposal of the officers of the port and emergency rescue service EMAK.

According to SKAI channel, there is information that there are live passengers trapped inside the ship and the rescuers are looking for them.

There has been a cooling operation of the ship since the morning, however, according to the experts, the lower levels of the hull had not developed temperatures as high as other parts of the ship, which would make the possibility of finding people still alive plausible.

During his rescue operation, the 21-year-old Belarusian man who was rescued reportedly told the rescue team that he did not see any more living persons, but heard voices.

“We are optimistic that we can find others and that is why we are continuing the operation,” a spokesman for the Coast Guard, Giorgos Alexiou, told the same source earlier.

Among the missing are three Greeks and according to what was broadcast, their relatives claim that they park their trucks in a different place from their foreign colleagues, thus increasing the hopes of locating others alive.