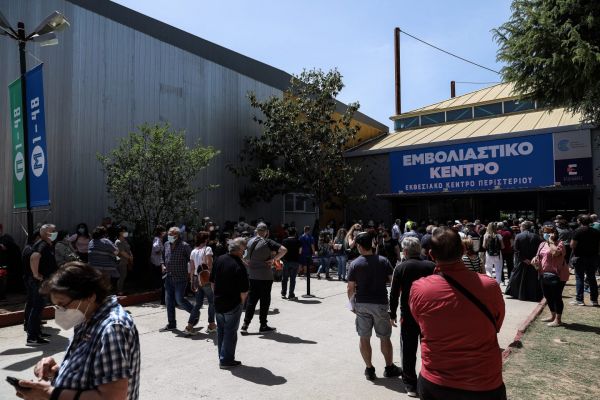 Without a common and unified stance toward an invisible enemy that easily penetrates human communities, there is no way out except death and a breakdown.

Our social co-existence presupposes at least a minimum participation in the affairs of society and that the vast majority of citizens abide by basic rules.

This is a basic, age-old principle. Never has a society achieved progress with anarchy and irrationalism and without adopting a minimum of rules regarding the social behaviour of its members.

In the case of the COVID-19 public health crisis, adopting rules that apply to everyone is an existential issue, a matter of survival.

Historically, the management of all pandemics mandated that citizens abide by certain public health rules. Without a common and unified stance toward an invisible enemy that easily penetrates human communities, there is no way out except death and a breakdown.

In previous historical periods, societies battled without tools against pestilence and floods, relying only on the discipline of their citizens.

In the current global public health crisis, science offered in a timely manner effective and trustworthy vaccines, which undoubtedly save lives and permit a relatively swift return to normal social and economic life.

Nobody maintains that the vaccine alone protects fully against illness, but indisputably it shields people to the greatest possible degree from heavy illness, intubation, and death.

That is demonstrated by the fact that the vast majority of people who are admitted to hospital in the current fourth wave of the epidemic are unvaccinated.

It is also confirmed by the experience of countries (Portugal, Belgium and others) that were sorely tested by COVID-19 and were persuaded to achieve a high percentage of vaccination – over 80 percent of the active population.

In Greece, although the vaccine rollout began with enthusiasm in the spring, over time, and especially during the summer months, interest waned.

That is mainly because of the emergence of a groundless and unscientific anti-vaccine movement which disputes and in practice obstructs mass vaccination, leaving the doors wide open for the virus to infect and threaten an ever greater number of people and undermining systematically and in an organised fashion the normalisation of economic and social life.

Their arguments are something out of the Dark Ages and are full of groundless conspiracy theories that cannot be supported scientifically.

The most important problem is that they dismiss any notion of co-responsibility. They do not accept the obvious – that with their stance they are facilitating the spread of the virus and are burdening our hospitals, which were over-extended for months.

It is unfortunate that these vaccine deniers include doctors and healthcare workers who are themselves the first to suffer the consequences of this completely irrational posture and behaviour.

The state’s objective is to vaccinate another one million people by the end of September at latest in order to build an effective wall of immunity, protect the country, and keep its basic functions intact.

There can be no exceptions or reservations in pursuing this goal.

Vaccination, especially in the core of the state – such as security, defence, health care, and the educational system – must be expedited at all costs.

All political parties have a duty to coordinate on this issue. There is no time or place for toleration or for backward games of anti-social irrationality.

The effort to ensure the survival of the country and its citizens must be the paramount objective.