90 million euros will increase the IQ of eleven Greek cities 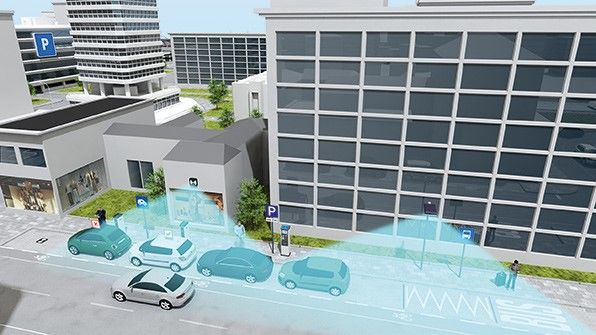 The 40-month period of implementation of the program that will develop the intelligence of 11 major Greek cities has been determined. The investments, which are estimated to be completed by the first quarter of 2025, aim at the gradual transformation of selected Greek cities into “smart cities” with new infrastructure, digital platforms and information systems of fleet management, controlled parking, etc.

The roadmap for the development of IQs in cities is analyzed in detail in a special annex of the National Recovery Plan. According to this, the necessary investments are estimated at 90 million euros, which will be covered by the Recovery Fund. For the program, ten urban centers have been pre-selected, large in population and digitally mature to acquire digital intelligence. It’s about:

– Seven large cities with a population of over 100,000 inhabitants. The total investment budget is set at € 42 million (ie € 6 million each).

– The Municipality of Trikala, as the “Champion of Smart Cities”, with a predetermined budget of 6 million euros.

In total, 88 million euros have been budgeted for the “Smart Cities” investment initiative, plus 2 million euros for the creation of a central open data distribution platform, which will include technical support to the beneficiaries. The aim of the projects is to meet the new economic, environmental and social challenges, due to the ongoing urbanization and the increase of the world population that lead to increased demand for suitable services, while multiplying the energy and water needs, the volume of waste, etc. .

A crucial factor in the design of smart cities will be the use of Artificial Intelligence and Internet of Things (IoT) technologies, which will gradually have to meet various challenges related to a variety of urban problems (such as vehicle traffic, lack of parking, parking, the bureaucracy of services, etc.), but also issues related to the digital and green transition, the reduction of pollution, waste, water use, etc.

The initiative of the Greek Smart Cities aims not only at the digitization of their internal activities but also at the overall transformation of the way of interaction with the citizens, adopting a citizen-centered approach using technology (IoT, Big Data, Interoperability, Cloud etc. λπ.). This will be achieved with the involvement of industry, small and medium-sized enterprises, academia, urban planners, municipalities and citizens. In addition, the beneficiary municipalities are expected to operate as “lighthouse” cities. In other words, the practices they will implement, the roadmaps, the architectural studies and the implementation plans will be available for the rest of the Greek cities to follow. The following sub-projects are proposed for the implementation of the projects:

Subproject 1: Investing in SmartSustainableCities (SSC). Beneficiaries will be eleven major Greek cities. Beneficiaries need to prepare a detailed implementation plan, together with a strategy and action plan with a decade – long perspective, linked to local, regional and national strategic objectives. The initiative is designed to ensure the highest possible investment multiplier through the availability and use of open data (IoT, bigdata, cloud applications, etc.). Existing fixed and wireless communication networks (MANs, WiFi4GR, 5G) will also be utilized, while plans and road maps from different smart city models will be implemented, in order to reproduce best practices and avoid implementation difficulties.

Sub-project 2: Support mechanism for the implementation and monitoring of the initiative. It includes the creation of an observatory, which will act as a support mechanism for all stakeholders in the initiative: municipalities, government, private sector, academic and research institutions, funding agencies, etc. However, it will also act as a custodian for the open data generated by the new smart cities and manage their collection and distribution to the community. It will also monitor the performance of the application and the timely and quality delivery of the projects funded by the Smart Cities program.

Each municipality will be able to determine its investment priorities and the technological mix based on the model that best suits its strategic goals (mobility, tourism, social welfare, etc.). Investments should have clear operational objectives and comply with the general guidelines of the Ministry of Digital Government, especially in relation to open data, interconnection with other systems and public electronic services, as well as in relation to the General Data Protection Regulation. (GDPR).

The eligibility criteria for municipalities will be: the existence of a multi-annual strategy and action plan for smart cities, the level of readiness of municipal services and the availability of staff (prerequisite special Smart City Office). Also, the involvement of the municipality in existing pilot projects or related initiatives and synergies with other available funding resources will play an important role (eg “Antonis Tritsis” Program, European Funds 2014-2020 / 2021-2027, Smart Lighting Projects, Funding by the EIB, etc.).