The health ministry stressed the need to protect doctors and health workers at large, noting that the possibility was being considered of «providing them with a safe and effective therapy for a period between 8 to 12 weeks” as a preventative measure. 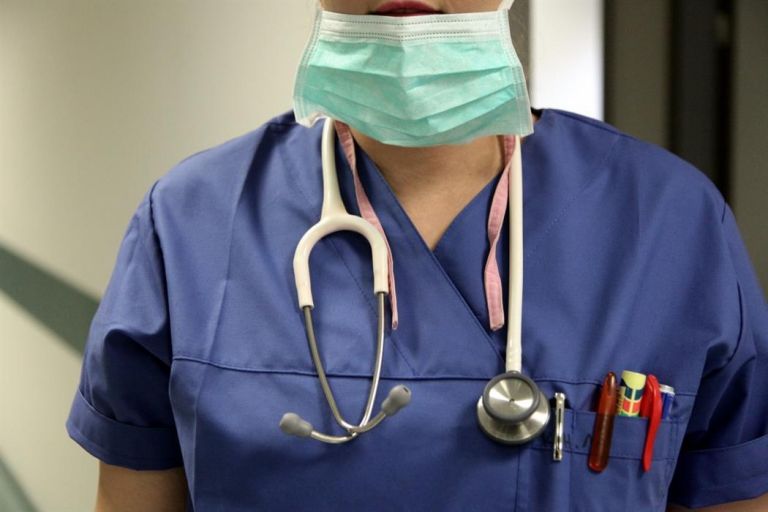 Patience is a crucial tool in the battle against the coronavirus health ministry spokesman Sotiris Tsiodras told a daily news conference today.

.
“We will wait patiently, any prediction is uncertain,” but he added that mathematical models currently show a slow spread.

Tsiodras stressed the need to protect doctors and health workers at large, noting that the possibility was being considered of «providing them with a safe and effective therapy for a period between 8 to 12 weeks” as a preventative measure.

He also stressed that children’s vaccinations should continue regardless of the pandemic. «The timely vaccination of children aged up to two years, especially for the vaccinations of immediate priority, is very important,» he noted.

Tsiodras announced 56 new confirmed cases of Covid-19 in Greece in the last 24 hours and 5 new deaths, and said this brings the country’s total to 1,212 confirmed infections and 43 deaths.

Of those who have died since the start of the outbreak, 32 were men and 11 were women, while 90 percent had underlying health issues and their average age was over 70 years of age.

Only five  people have been discharged from ICUs so far.

Tsiodras added that 15,961 diagnostic lab tests have so far been carried out in Greece.

Hardalias said that all other PPC units in the area – a major producer of coal and electricity in Greece – are working with reduced staff for precautionary reasons.

Continued restriction of movement, Easter in the city

He noted that the police had run checks on 4,697 people in the last three days to ensure they were staying at home and exiting only with special permission,, while 22 were found to have violated their curfews and fined.
Speaking of the upcoming Orthodox Easter (April 19), the minister said that, “This Easter will be different. We will not go to our villages, we will not roast a lamb on a spit, and we will not go to church.»

He acknowledged the temptations posed by  improvingr weather and longer days but called on the public to abide by the measures because only that can stop even tougher measures,from being imposed.

Public Power Corporation’s (PPC) sources on Monday said that a decision for the temporary suspension of operations in Ptolemaida was taken by the to Civil Protection Authority in the framework of measures to protect public health in the region.