‘We remain coordinated with the Republic of Cyprus and our other EU partners and allies regarding the next steps and we support Cyprus on all actions that will follow,’ Minister Evangelos Apostolakis said. 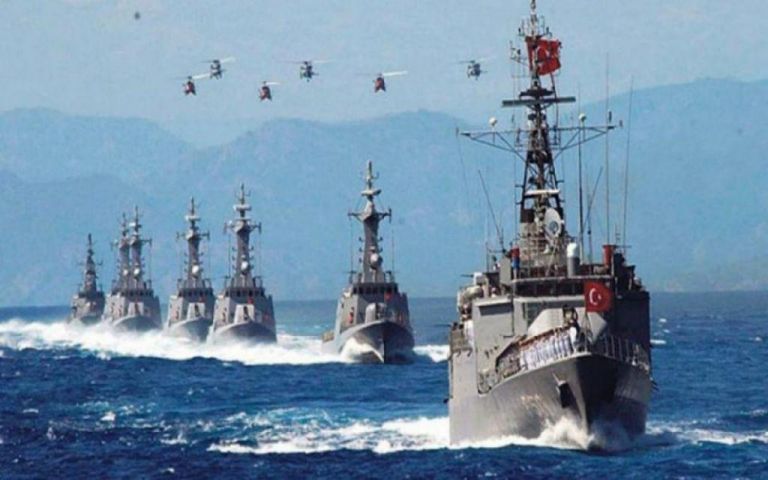 With the Turkish drill ship “FATIH” having entered Cyprus’ Exclusive Economic Zone one week ago and with Ankara having tied up an enormous  area around the Greek island of Kastellorizo for protracted military manoeuvres, Athens and Nicosia are in complete coordination in pursuing a major diplomatic push to force Ankara to back down from its expansionist stance.

Prime Minister Alexis Tsipras and the President of Cyprus, Nikos Anastasiades, discussed the issue on the sidelines of the 9 May informal EU summit, where they briefed their counterparts.

Moreover, Greek Defence Minister Evangelos Apostolakis (who was appointed immediately after serving as the Chairman of the Joint Chiefs of Staff) and his Cypriot counterpart Savvas Angelides are in constant coordination.

High-level Greek military sources told Ta Nea that they are constantly monitoring the Turkish provocations and violations of international law, including 57 violations of Greece’s air space in the Aegean and that the issues must be handled in an exceptionally cautious and delicate manner.

“We remain coordinated with the Republic of Cyprus and our other EU partners and allies regarding the next steps and we support Cyprus on all actions that will follow,” Apostolakis had said.

The same military sources said that Athens and Nicosia have decided on a scaled approach with three stages that will correspond to the intensity of the provocations by Ankara, which is ratcheting up tensions around Cyprus and Kastellorizo.

The first stage is a diplomatic blitz which is already underway, with the EU having issued harsh warnings to Ankara. Diplomatic sources say that Athens has discussed the next steps in handling Turkey’s violations of Cyprus’ sovereignty with top German, French, Spain, and Dutch officials who were responsive.

Athens and Nicosia have submitted their charges against Turkey to the EU, the UN, and Nato and Apostolakis will raise all the parameters of the issue at a 14 May EU Foreign Affairs Council meeting (which is attended also by defence ministers)

The second stage if Turkey further pushes the envelope is for Nicosia and Athens to push for a number of possible EU economic sanctions.

Greek diplomatic sources say that this would most likely be discussed at either the 28 May or 28 June European Council meeting, presumably based on the situation off the coast of Cyprus and once all diplomatic efforts have been exhausted.

One possibility is to impose sanctions on individuals linked to the illegal drilling.

A stiffer sanction would be to freeze Ankara’s EU pre-accession funding, though the effectiveness of that is highly questionable as Turkey is the EU’s main gatekeeper and plays a crucial role in keeping huge migrant waves from reaching Europe. The EU has disbursed earmarked billions of euros in funding as Turkey is home to nearly four million migrants.

The most extreme and dangerous measure would be a naval blockade that would essentially set up a wall of warships around Cyprus EEZ with the participation of the US and France.

However, Ankara has already lined up ten of its own warships in the area to protect its own illegal drilling in Cyprus’ EEZ.