If there are no objections, the requisite protocol will be tabled in the parliaments of all member-states for ratification. 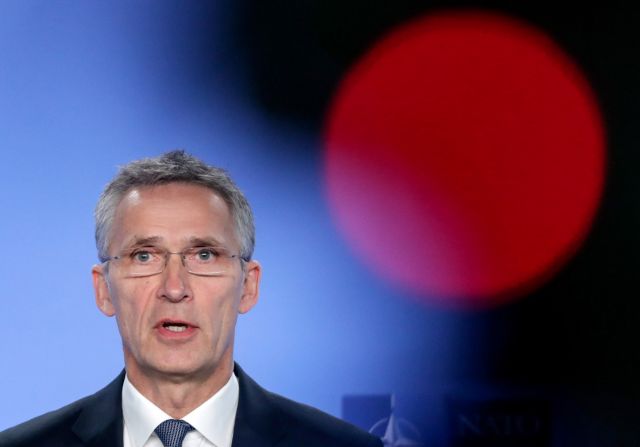 epa07318077 NATO Secretary General Jens Stoltenberg speaks during a media conference after a meeting of the NATO-Russia Council at NATO headquarters in Brussels, Belgium, 25 January 2019. Stoltenberg said that no solution to the dispute over Russian cruise missiles was found. The US had threatened to suspened the landmark INF Treaty if Russia presented its new missiles on 23 January. EPA/STEPHANIE LECOCQ
Share

The representatives of Nato’s member-states have been asked by the Secretary-General of the Alliance to respond on whether they approve of the accession of the newly renamed Republic of North Macedonia.

If there are no objections, the requisite protocol will be tabled in the parliaments of all member-states for ratification.

Nato Secretary-General Jens Stoltenberg requested of member-states’ ambassadors to the Alliance that their parliaments ratify the Protocol admitting the Republic of North Macedonia with a procedure of tacit approval ending this afternoon.

“NATO Secretary General @jensstoltenberg has asked ambassadors of member states to the alliance to approve North Macedonia’s accession protocol annex by silent procedure, which ends at 17:30 local time in Brussels today,’ Chrysoloras stated in a tweet this afternoon.